Kendall and Kylie Jenner Hate Selena Gomez and Talk Smack About Her At MMVAs in Toronto! 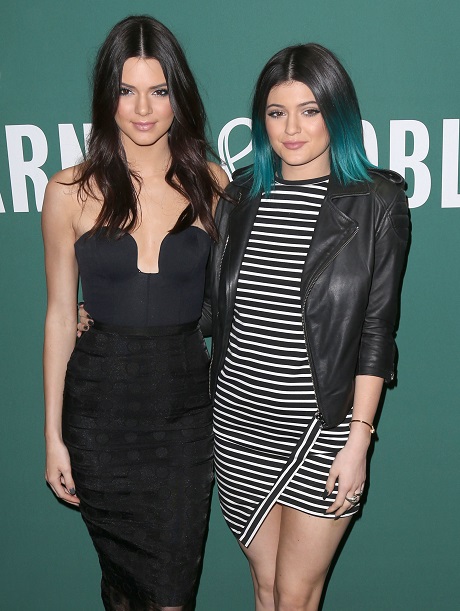 Kendall Jenner and Kylie Jenner really, really hate Selena Gomez. If that wasn’t already clear to you, then this recent update should make it abundantly obvious. According to LaineyGossip.com [via witnesses at her 2014 Smut Soiree], Kylie and Kendall were at the MMVAs in Toronto a couple of weeks ago, and they couldn’t stop talking smack about Selena.

Apparently, they were discussing Selena winning an award, telling other people, “That bitch will be all fake and we all know that she doesn’t give a shit about anyone, that she would probably accept it and then laugh at the people who voted for her.”

Well, don’t hold back, guys. Kendall and Kylie clearly have a lot of vitriolic feelings towards Selena, especially if they’re going to take a break from their non-stop bragging and ego-stroking to diss her with such enthusiasm. I’m guessing that her unfollowing them on Instagram has something to do with their hatred, not to mention their relationship with Justin Bieber. Kylie was so close to dating Justin before he got back with Selena, so she probably blames Selena for a golden missed opportunity.

Honestly, Kylie and Kendall are probably just jealous. I’m not saying that Selena’s perfect, but it’s like picking between an annoying hypocritical celebrity or two famewhores from reality television’s most obnoxious family. Selena, at least, has a career built on her talents, and she worked hard to establish herself in the industry – before throwing it all away on an immature man-child, of course. Kendall and Kylie, on the other hand, have done nothing apart from ‘write’ a book, show up places, get their pictures taken, and then go home to more cameras. How does that give them a free pass to criticize Selena?

Regardless, it’s interesting to note how many people don’t like Selena nowadays. It’s pretty obvious that her relationship with Justin and recent downward spiral has people clamoring to distance themselves from her, but Kylie and Kendall’s words indicate a more personal vendetta.