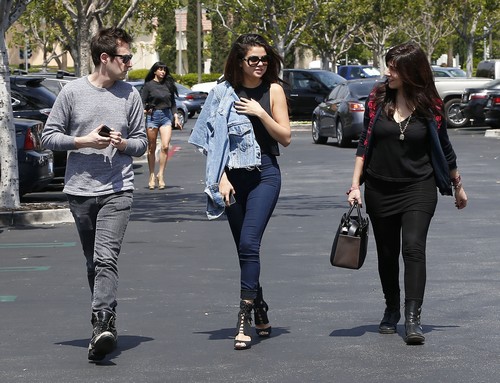 Selena Gomez is cleaning up her Instagram as well as her life, dropping her ‘friends’ and boyfriend like the dead weights that they are. Yesterday, we reported that Selena had unfollowed Kendall Jenner and Kylie Jenner on Instagram. And now, Selena has taken it one step further and unfriended both former BFF Taylor Swift and on-again/off-again boyfriend Justin Bieber on Instagram. Basically, she’s sending everyone a message, loud and clear, and it’s pretty obvious what she’s saying.

She’s sick of being treated like crap by her supposed friends and boyfriend, and she’s done with it. It’s very possible that she could be reconciling with her parents, and she’s trying to cut out all the negative influences in her life. Kendall and Kylie – well, they’re easy. Hanging with the Kardashians is never a solid influence in your life, and Selena probably realized that after spending only a few days at Coachella with them. Even worse, the devil’s daughter, Kris Jenner, was gunning to sign Selena to a management contract! Imagine Selena under the helpful guidance of the woman who sold Kim Kardasian’s sex tape?

Justin Bieber? Again, easy. If she’s reuniting with her parents and realizing that she needs a clean slate, the first thing she would need to do is dump Justin. Even though she’s an adult and Justin can’t force her to do anything, there’s no denying that the downward spiral in her behavior began just as she started seeing Justin again. If she truly wants to cut herself off from the partying and druggie lifestyle, dumping Justin would be the first step. Plus, if the rumors are true and Justin was cheating on her, Selena is well justified in dropping him on Instagram. However, with the on-off nature of their relationship, we’ll have to see if Selena can stick to her guns and keep him away.

Then, there’s Taylor Swift, Selena’s once best friend. Taylor ditched Selena as soon as Selena got back together with Justin, which is not exactly the way the ‘best friend’ is supposed to behave. Selena probably realized that as well, and she got rid of Taylor for being a shitty friend. Here Selena was, relapsing into her addictions and her partying, and instead of helping her and supporting her, Taylor dumps her and goes on to find new friends. So much for being BFFs huh?

What do you guys think of Selena’s mass Instagram unfollowing? Let us know your thoughts in the comments below.