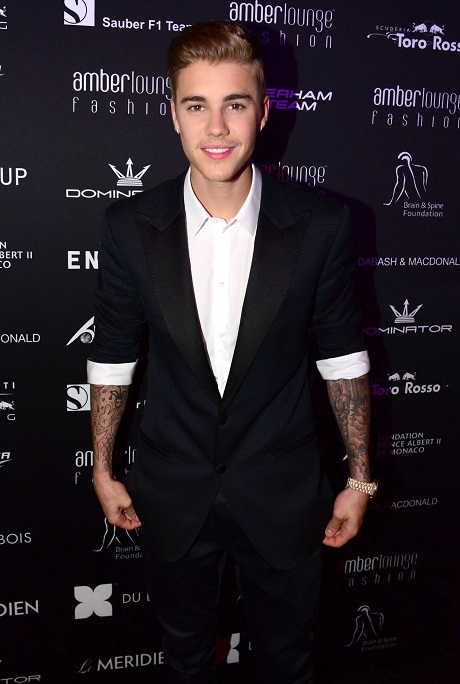 Selena Gomez and Justin Bieber are really, really back together. No, it wasn’t temporary insanity on Selena’s part, although you could be mistaken for thinking that it was. The girl literally got out of rehab a few months ago, and claimed that she wanted to cut out all the riffraff in her life after Coachella – but here she is, back with Justin and partying at a club days after their reunion. And she wonders why people say he’s a bad influence…

Young Hollywood, and especially Young Hollywood at a popular nightclub in Los Angeles, is a recipe for disaster. These kids can’t handle their alcohol, and even if they can, they never seem to want to. They don’t care about being pictured stumbling from the nightclub at 2 AM in the morning, with paparazzi taking compromised photos of them. No, they don’t care about all that as long as they get photographed. Should this really be the scene that Selena’s hanging around?

Of course, as long as she’s with Justin I doubt she has much of a choice in the matter. I can see why someone like Taylor Swift ditched her when she initially got back with Justin. Can you imagine Taylor hanging around this kind of party scene? Yeah, never happening.

What do you guys think about Selena’s and Justin’s continued tour of love? Do you think Selena cares about putting her health above her relationship with Justin? Check out the Justin Bieber/Selena Gomez Partying Video below and let us know your thoughts in the comments below.