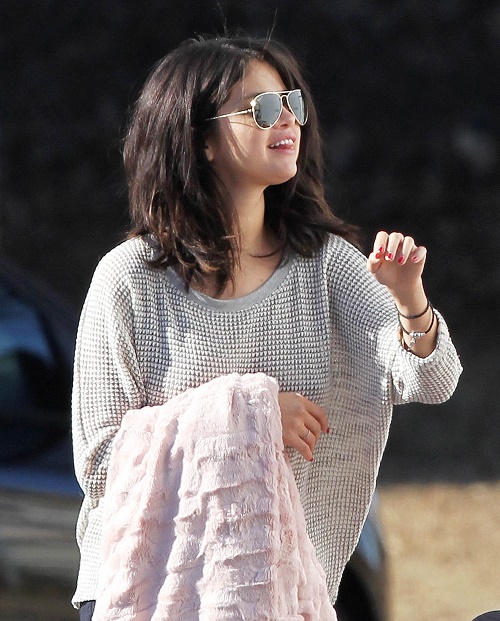 Selena Gomez is casually hooking up with Orlando Bloom, but their no-strings-attached relationship is starting to take a toll on the “I Want You To Know” singer. Selena Gomez and Orlando Bloom were reportedly hooking up back in 2013 – while she was off and on with her longtime boyfriend Justin Bieber. But, apparently, Orlando and Selena never stopped sleeping with each other, even throughout her recently crashed and burned relationship with Zedd.

According to a new report in the May 4 edition of OK! Magazine, “Selena can’t quit casual hook-ups with Orlando Bloom – despite the fact that they’re only bringing her heartbreak.” Selena Gomez has gained quite the reputation as being a “needy girlfriend,” throughout all of her failed relationships – so it’s not exactly shocking that she isn’t enjoying a “No Strings Attached” relationship with Orlando Bloom. Selena craves attention and constant coddling from the men in her life, and Orlando is not giving that to her because technically she isn’t his girlfriend, just his hook-up buddy.

An insider dished to OK! Magazine, “Selena loves the attention from Orlando and says that the sex is great. But she is fooling herself if she believes that it is healthy. She is not as tough as she thinks. Selena wants to be the actor’s girlfriend, but he’s not game, so she is taking what she can get.” Selena’s sense of self-value has taken a major hit since her disastrous relationship with Justin Bieber. She is supposed to be setting a positive example for all of her young female fans, not “taking whatever she can get.” Then again, Selena is reportedly trying to get back together with Biebs again, so perhaps she is hooking up with Orlando Bloom just to make Justin jealous.

Do you think Selena is selling herself short by hooking up with Orlando Bloom? Does she really want to be his girlfriend like sources say, or is she just trying to make Justin jealous? Let us know what you think in the comments below!