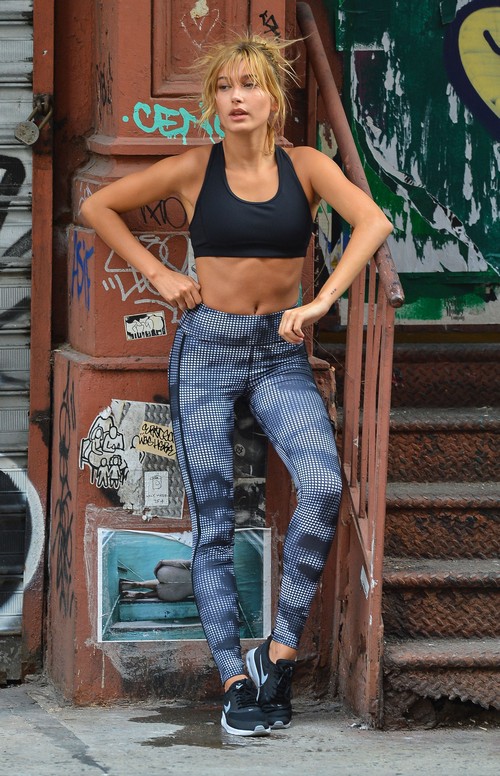 Is Justin Bieber hooking up with Kendall Jenner again, or her BFF Hailey Baldwin? The Kendall-Justin-Hailey love triangle has always bewildered us in the past. Rumor has it that the reason Selena Gomez dumped Justin in 2014 was because she walked in on him hooking up with Kendall. But, if he used to hook up with Kendall, then why is Hailey totally cool with Biebs hanging out with her. Then there is always the ulterior option- are they some sort of happy go-lucky hippy family that all hangs out with each other, and hooks up with each other?

Regardless of what is going on between Hailey, Justin, and Kendall – and who is dating who, there is one thing we are certain of: it drives Selena Gomez absolutely bonkers when Biebs hang out with them. At the beginning of the summer, Justin was trying desperately to win Selena back, so he cut off Hailey and Kendall – and stopped partying with them. Recently, Justin gave up his mission to win back Selena and they got in a huge fight when he learned Selena was still seeing her old hook-up buddy Orlando Bloom. Justin partying with Kendall and Hailey again is just his way of letting Selena know he could care less what she thinks, and he is done walking on eggshells and trying to “behave” to impress her.

So, who do you think Justin Bieber is actually dating – Hailey or Kendall? Did he party with them in NYC just to send Selena Gomez a message? Let us know what you think in the comments below!

Hailey Baldwin shows off her fit physique during a photo shoot in New York City, New York on September 3, 2015. FameFlynet