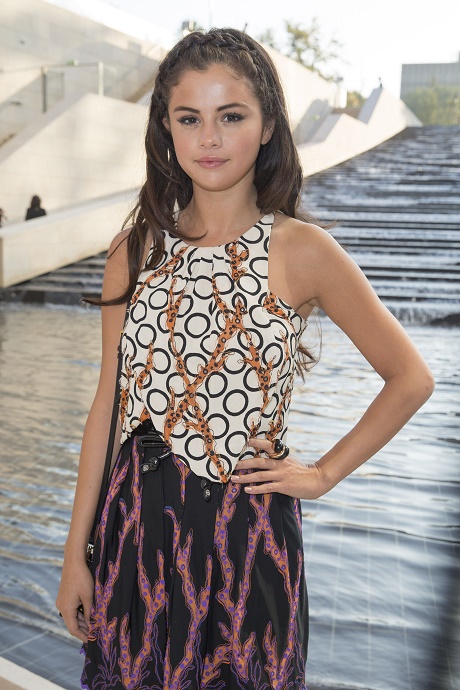 Selena Gomez got a healthy dose of reality check soup yesterday, when she finally came to the realization that Justin Bieber was cheating on her and decided to break up with him. Then, Selena decided to unfollow him on Twitter and tweet about the breakup, posting her usual cryptic nonsense via Twitter.

She tweeted, “Sometimes we think we aren’t good enough. But then I realize when I think I’m alone I have God. We have to learn the hard way sometimes.” Yeah, or you could have taken any of the one billion hints that were constantly thrown in your direction. For some reason, Selena was completely unwilling to believe the worst of Justin, despite repeated examples of his depraved behavior being thrown in everyone’s faces. Plus, it’s not like Justin’s been keeping quiet about his dates and flirtations, you know? Everybody and their mothers knew that Justin Bieber went on a date with Kendall Jenner last week, and he didn’t even attempt to keep it a secret.

So there Selena was, continuing on in her clueless existence as Justin Bieber’s dumbass girlfriend. But she finally got a much-needed jolt of real talk from Kris Jenner, who Selena picked up from the airport yesterday. Kris Jenner obviously can’t keep a secret to save her life, but she’s also prone to bragging about her daughters’ conquests. As such, is it such a shocker that she would have told Selena about Justin’s ‘hookup’ with Kendall? Even if Justin and Kendall DIDN’T hook up, Kris would have made it seem that way. And why wouldn’t she? The Kardashian matriarch was probably squeeing with glee that Justin picked her own daughter over Selena.

Of course, this is the 345,678th time that Selena and Justin have broken up and that Selena has unfollowed Justin on Twitter. Maybe this time Selena Gomez will finally realize that she’s too good for Justin Bieber, but something tells me that they’ll be back together before we know it.