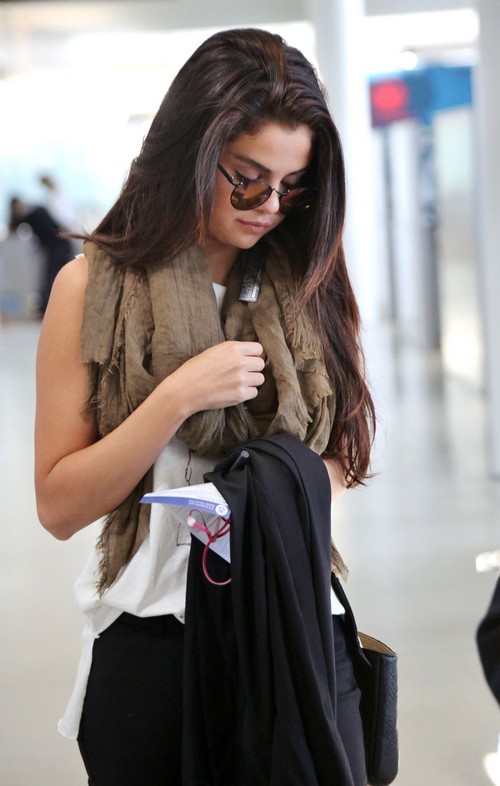 The news of another Justin Bieber and Selena Gomez break-up is not a surprise – and they are not moving in together. It seems that while Justin was romancing the vulnerable Selena he was also cheating with Yovanna Ventura! Looks like Selena won’t be moving into Justin’s place after all…. We were literally just discussing how Justin Bieber and Selena Gomez were due for their bi-monthly breakup, and it looks like we’ve hit the reason for it. Justin reportedly flew ex-fling Yovanna Ventura to New York Fashion Week on September 9th, behind Selena’s back. Of course he did. He’s a depraved twat of an idiot boy who is too immature to know a good relationship when he sees one. Although to be fair, what he and Selena have can hardly be classified as ‘good’ or ‘relationship’.

A source tells Hollywood Life, “Justin flew out Yovonna to Fashion Week on his dime on Sept. 9 and then went to Vegas to be with Selena. So he is having his cake and eating it to.”

Note that this cheating by Justin is just after his Canadian hook-up with Selena. He probably calls up all his douchy friends and tells them about how he’s hooking up with Selena and Yovanna and goodness know how many other people at the same time. The timing of this report is particularly hilarious because we had just heard another rumor about how Selena and Justin were all set to move in together, but Selena was wary of selling and/or renting her apartment in case things fell apart with Justin. #SelenaGomezProphet? Or rather, #SelenaGomezIsNotACompleteMoron.

This breakup was bound to happen. How many times has he cheated on her now? Ten times? Twenty times? More? Ever since their ill-fated reunion at the beginning of this year, they’ve been breaking up and getting back together more times than the tabloids can even keep track of. And that’s saying a LOT. But I have a feeling that eventually, Selena will come to her senses and dump Justin for good.

What do you guys think? How much longer will Selena and Justin last? Let us know your thoughts in the comments below.