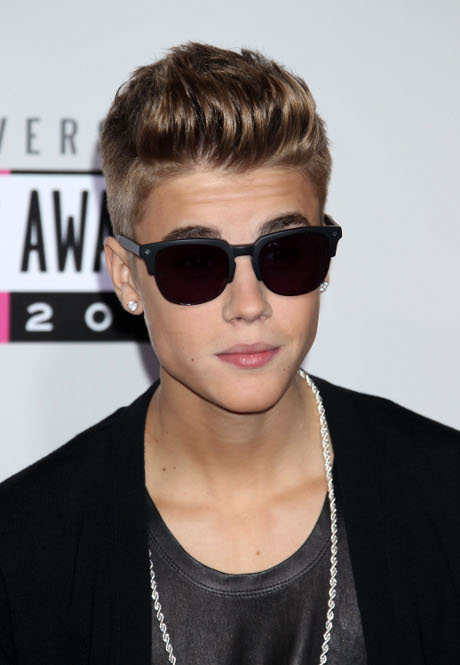 If Justin Bieber is trying to mend his relationship with Selena Gomez, then you could’ve fooled us! Because just recently, according to a source, Justin Bieber was spotted at a post-show party trying to make moves on some girl that *gasp* happened to look a bit too much like Selena.

Apparently, The Beebz met this young lady at the party and, before they’d even had a proper, insightful, intellectual conversation he was inviting her back to his hotel room. She wanted to bring her friends and, while he was reluctant, he soon agreed.

Our friend over at Lainey Gossip says, “It all started the other night at a post-show party. My source tells me JB scanned the club and settled on a girl who strongly resembles Selena. They hadn’t even had a proper conversation and already he was inviting her back to his hotel. She wanted to bring her friends. I’m told he and his people weren’t hot on the idea but eventually agreed.”

After they got to the hotel, Justin definitely wanted to do more than just talk — he wanted to party and get his sexy on. Allegedly, the girl was sitting in a seat and Justin asked her to stand up, after which he sat down and told her to sit on his lap.

“So she stayed on his lap for a while,” continues Lainey Gossip, “and he asked her if she wanted to hear his new song and he wanted to know what she thought of it and that eventually progressed to kissing and light groping. But when she made it clear that it would not result in sex, well, he told her to leave. She wasn’t welcome anymore if she wasn’t giving it up. Go if you can’t be useful, right? It’s standard rock star behavior.”

What do you think about this crazy interaction between look-alike-Sel-Go and Justin? Do you think it’s legitimate? There’s no argument to the fact that he likes Selena, but in the end he needs to realize that, if he wants Selena to stay with him, he needs to forget about being a popstar and start being a boyfriend. Let us know your thoughts in the comments section below!