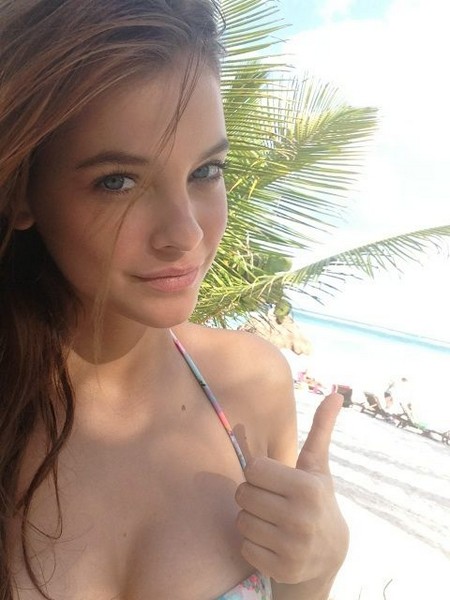 The weekend was filled with salacious rumours of a Justin Bieber cheating scandal, but now the third party in this sordid tale is denying any romantic involvement with the Biebs. The weekend saw the cessation of one of the most die-hard and loyal relationships in Hollywood – Bieber and his long-time girlfriend of two years, Selena Gomez, split amid rumours of cheating, even though their official statements claimed otherwise. The media and public finger was pointed at Barbara Palvin, a Victoria’s Secret Model who met Bieber backstage at the Victoria’s Secret fashion show where he performed and she posed.

According to a latest Now magazine report, Barbara is being incessantly harassed by Bieber’s fans ever since she posted an image of the two at the fashion show. She denies any involvement in the break-up. She also claims that she’s still with her boyfriend and that there’s nothing going on between her and the Bieber. The two were spotted at a Lion King show on Friday evening, but they didn’t attend the event solo, contradicting previous reports of a “first date”.  Palvin tweeted, “Last time I’m saying it. Please calm down. There is nothing going on with him. I met him and did a [picture] with him. Would you do the same? #friendship.”

Friends of the couple allege that their might also still be a chance at reconciliation. According to a source at Us Weekly, “They are [young]… it changes from day to day. Right now it is a break and tomorrow it could be back on knowing them… it’s hard to say how they will end up. Maybe she feels more serious about it this time. We’ll see.” We wish to believe the source’s optimistic outlook, but there’s a defining permanence to this break. It has been unlike anything we’ve ever witnessed between the two.

There’s still no official word on whether the Bieber did indeed have a sneaky liaison with Palvin, and even though the evidence proves otherwise, we’re still inclined to believe that the mentioned “trust issues” in the statements might be related to Bieber’s involvement with Palvin.

Should Gomez have thrown in the towel so quickly? Do you think there’s more to this story than they claim? Who do you believe? Let us know your valuable thoughts in the comments below.