Orlando Bloom Sleeps With Selena Gomez and Brags About It To Justin Bieber? 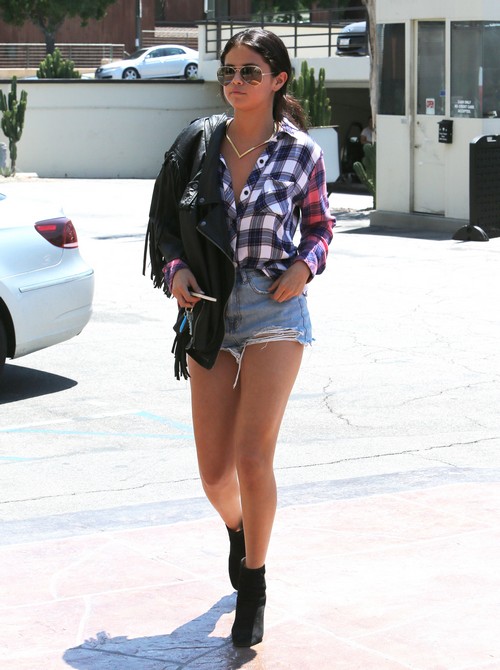 Orlando Bloom‘s fight with Justin Bieber has been dominating all the headlines this morning, although it doesn’t take a genius to figure out what happened. As reports yesterday detailed, Justin bumped into Orlando at a restaurant in Ibiza and decided to antagonize him. Orlando reportedly refused to shake Justin’s hand, which led to Justin mouthing off about his hookup with Miranda Kerr last year, telling Orlando, “She was good.”

Ouch. Of course, Orlando probably heard about Justin’s affair with Miranda [especially since he and Miranda were still married at the time], and he understandably got furious. He punched Justin, but not before Justin started shrilly shouting at him, ‘What’s up bitch?‘ Man, that Bieber is such an idiot. Of course he got punched. I mean, who wouldn’t punch him in this situation?

So now, Orlando is left with a burning desire for revenge, not satiated with a simple punch since Justin ran away before anything else could happen. Orlando and Justin’s ex-girlfriend, Selena Gomez, have already hooked up, but Orlando might be planning something more detailed to get back at Justin. According to sources, Orlando’s intending to use Selena as his long-form revenge plan against Justin – both for sleeping with his wife and for causing that fight.

See, Orlando hooking up with Selena won’t do any good if Justin doesn’t hear about it. However, Orlando will reportedly sleep with Selena and then post selfies of them together on social media so there is NO WAY Justin could avoid the news. You know that Justin regularly stalks all of Selena’s social media pages, so it’ll drive him crazy to find out that Selena and Orlando are hooking up on the regular and flaunting their relationship. Plus, Justin wants to pose a sexy selfie of Miranda Kerr on his page? Well, Orlando will one-up him and pose a sexy selfie of Selena on his page. It’ll be the social media battle of 2014, with both of them coming off as stupid and immature.