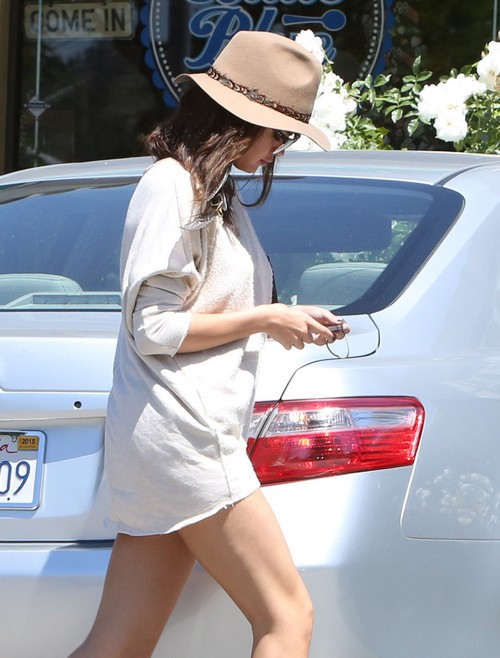 The #JelenaUnbroken campaign continues, even as Justin Bieber and Selena Gomez have reportedly broken up, once and for all. The greatest couple of our time [cough] has called it off permanently after irrevocable differences in opinion, largely caused by their trysts with other people and their social media actions.

See, Selena Gomez dumped Justin Bieber on Instagram, which in today’s world is like breaking up with someone on international television. However, Justin didn’t do anything about it until Selena started hooking up with Orlando Bloom, and I guess that was the last call for him. HE can go ahead and hook up with as many women as he wants, but Selena should only stay with him. What a hypocrite, right?

Anyway, after hearing about Selena and Orlando, baby Biebs must have thrown a hissy fit to rival all of his hissy fits, unfollowing Selena on Instagram and leaking reports about how *he* broke up with HER.

I have to say, poor Selena. Justin’s put her through the wringer, even if she was extremely stupid in going back to him, dumping all her friends and family in doing so. But now that she and Justin are done [ostensibly for the next few months, at least], will her old friends forgive her? Will she be able to move on, especially with Justin and Kylie Jenner flaunting their romance online? I think whatever happened that Coachella weekend completely did Selena’s head in, but the girl’s only 21 years old – she’s not exactly in a position to make life decisions, nor stick to them.

What do you guys think? Will Selena and Justin stay broken up this time, and do you find it hypocritical that Justin dumped Selena as soon as he found out about her and Orlando? Let us know your thoughts in the comments below.

Selena Gomez keeps a low profile while meeting a friend for lunch in Woodland Hills, California on April 29, 2014.