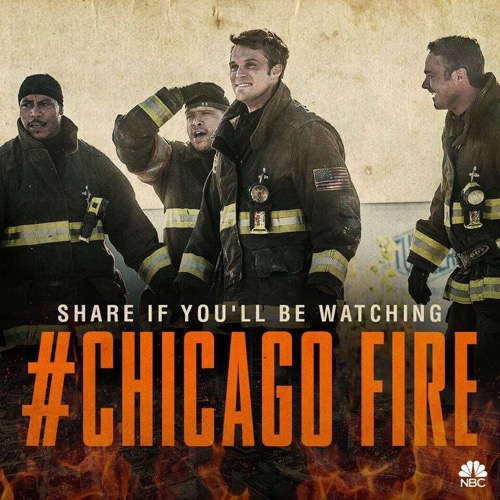 Tonight on NBC Chicago Fire returns with an all new Tuesday, December 8, season 4 fall finale called, “Short and Fat” and we have your weekly recap below. On tonight’s episode, Patterson fills in for Boden, who’s trying to clear his name; Severide (Taylor Kinney) learns where Serena (Ilfenesh Hadera) may be hiding; Herrmann (David Eigenberg) and Otis (Yuri Sardarov) give Freddie (Ralph Rodriguez) a job that keeps him close by; and Jimmy (Steven R. McQueen) and Chili  (Dora Madison) draw more attention then either bargained for.

On the last episode, Boden believed Maddox was behind Serena’s accusations; Severide reached out to Jamie, who’s Maddox’s lawyer, in an attempt to help; and Patterson questioned whether Boden could remain chief. In other events, Brett and Chili suspected that a man passed out in a garden was connected to a previous call; and Otis had problems with his social calendar. Did you watch the episode? If you missed it we have a full and detailed recap, right here for you.

On tonight’s episode as per the NBC synopsis, “Members of Firehouse 51 are less than thrilled when Captain Patterson (guest star Brian White) steps in as replacement for Chief Boden (Eamonn Walker) while he deals with clearing his good name. When Severide (Taylor Kinney) learns of the potential whereabouts of Serena (guest star Ilfenesh Hadera), Chicago P.D’s Officer Atwater (LaRoyce Hawkins) and Officer Ruzek (Patrick John Flueger) head to Lake Carlyle to try and uncover additional clues on Boden’s case.

Tonight’s season 4 episode 9 looks like it is going to be great and you won’t want to miss it, so be sure to tune in for our live coverage of NBC’s Chicago Fire.

Firehouse 51 was put in an unfortunate position on tonight’s episode of “Chicago Fire”. Chief Riddle had heard about Boden’s arrest so he did what he’s been itching to do all season. He immediately replaced Boden with a new Battalion Chief for Firehouse 51. And with Patterson, he knows for sure that he has a man that’s willing to do anything for his career. Including being Riddle’s puppet.

However Patterson was the last man that should have been in charge of 51. For while it’s perfectly alright and even beneficial to follow procedure, there was simply no middle ground with Patterson. If he didn’t like something then it was gone.

So Cruz was told that Freddie couldn’t come around anymore. Apparently it was bad for Patterson’s image and he only likes to look like a good guy when there’s something in for him. Like the wedding at the firehouse for instance.

But a reformed gangbanger just didn’t seem to suit his new image as someone that could get the firehouse back in shape. Therefore Freddie had to go and so did Connie’s Christmas project. Around this time of year, Connie likes to decorate Christmas ornaments which she then donates to people who can’t buy them for themselves. And Boden has always been fine with her doing her side project at her station yet Patterson had a problem with it.

He said he didn’t want to have to deal with the mess and told Connie she wouldn’t be warned a second time. So of course Connie was going to take her arts and crafts project elsewhere. She didn’t want to get fired and no one knew what Patterson would do if he ever caught her working on the ornaments at the firehouse.

Yet the firefighters didn’t want to let Patterson ride roughshod all over them. So they rebelled. They took on Connie’s project, helping her create even more ornaments, and they were doing it right under the new chief’s nose.

And they didn’t simply stop there. Herrman also gave a Freddie a job helping out at Molly’s and that way Freddie didn’t return to the life. Which was actual idea of his when he felt like he had nowhere else to turn to.

So Patterson wasn’t always right about how to do things. But Casey had warned Jimmy about staying on Patterson’s good side. He told the other man that it might be best to put his relationship with Chili on ice for a while. At least until Boden could come back.

And Jimmy had listen to Casey when he said that. So he told Chili that they had to break it off until Patterson was pushed out. Yet she didn’t like that idea therefore she later climbed into Jimmy’s shower at the Firehouse and they were caught by Patterson.

So Jimmy didn’t just end things with Chili. He permanently called it off with her because he saw for himself how self-destructive she could be.

And speaking of causing a ruckus, someone had set up Dawson to look unhinged. Apparently a guy just went off on her when she was responding to an emergency call so eventually that led to Dawson having to be restrained by her team. But someone had recorded the incident and it had edited out the fact she had been vocally assaulted.

Therefore, something was going on and it didn’t begin to add up until another firefighter who was about to testify against Roger Maddox was also targeted.

So you see it wasn’t enough to set up Boden. Maddox also wanted to discredit everyone involved in the case and knew no limits. And thus Severide ended up paying a visit to his ex. He went to talk with Jamie again about her client’s underhanded practices and this time he was able to convince her into doing the right thing.

She told him where Serena was and Antonio was able to get Serena to confess to a set up. And once she began to throw Maddox under the bus, the others soon followed. Including the guy that heckled Dawson on a scene.

So the guys at Firehouse 51 were going to get their Chief back but then what about Patterson? Patterson had admittedly been a jerk for quite some time and Casey had finally called him on it when it looked like he was going to get Boden back.

And rather than be petty, Patterson instead took what was said and decided to turn his life around. Meaning he went over Riddle’s head to the superintendent in order to get Boden his job back. Then he asked for a transfer.

He did win the guys’ respect and admiration in the end but he wanted a Firehouse that could one day aspire to be chief. So, from all appearances, Patterson was going to leave on a high note. However just as he and Boden were getting drinks at Molly’s – a crime occurred.

For it seems that Patterson had been right about Freddie because the second Freddie felt like someone disrespected him – he ended up stabbing Herrman and left him to bleed out while he ran away.