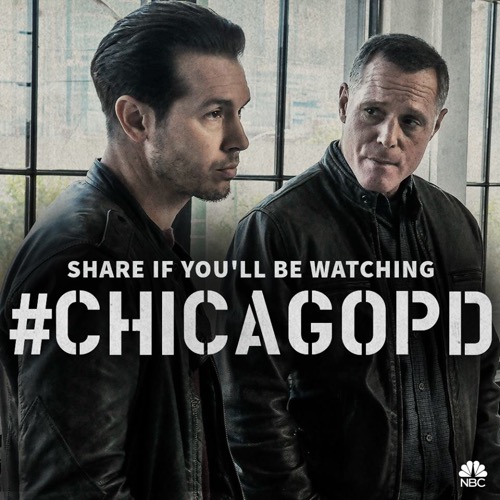 Tonight on NBC their riveting police drama Chicago PD continues with an all new Wednesday November 11, season 3 episode 8 called, “Forget My Name” and we have your weekly recap below. On tonight’s episode, the team discovers the mutilated body of a government official while responding to an informant’s tip about an upcoming drug trade.

On the last episode, the team searched for a teenager who may pose a danger to his classmates at an affluent school; Atwater hoped to make a good impression on a prominent African-American police captain; and Olinsky and Michelle turned to Ruzek and Burgess for help when they found themselves in a sticky situation. Did you watch the last episode? If you missed it, we have a full and detailed recap right here for you.

On tonight’s episode as per the NBC synopsis, “the team discovers the mutilated body of a government official while responding to an informant’s tip about an upcoming drug trade. In other events, Burgess helps plan a surprise for Platt.”

Tonight’s episode of Chicago PD kicks off inside of Ruzek’s crowded apartment – Alvin and his daughter Michelle are still staying there, Michelle is driving Burgess nuts asking her questions about the wedding that they just pushed back. Ruzek asks Al how much longer he and his daughter plan on staying, but Alvin ignores him and reads the newspaper while they all eat breakfast together like a big dysfunctional family.

Antonio takes Jay with him to meet up with a new informant – Dominic. Dominic is a little strange, he doesn’t want his name down on any paper, and says that he doesn’t want to get paid. He tells Antonio and Jay that they have to act like the tip doesn’t even exist and they never heard it from him. He hands them a piece of paper and says that it is for narcotics. He works for the NSA and listens in on people’s phone calls. He overheard a flagged call about moving “heavy weight,” he brought them a phone number and a license plate number. Dominic tells them to follow that phone number and they could bring down multiple kilos.

Hank and his team track down the license plate and hone number and set up surveillance. Atwater finds the license plate on a tan pick-up, the dealers are smart – they are switching the plates between different vehicles. Jay and Erin are in a squad car up the street, they turn on their lights to pull over the man in the pick-up truck. When Erin is taking his registration, he pulls a gun on her, so Jay shoots and kills him. They look in the back of the truck – thinking they are going to find drugs – instead they find a body that is missing a hand.

Back at the precinct they learn that the dead driver of the pick-up truck is named Ignacio Perez, he has been picked up with conspiracy to sell heroin – but he never did time which means he cut a deal. Hank and his team still cant ID the body of the handless man in the back of the truck. Hank grumbles that this is why he hates dealing with the NSA. Steve, the DA is breathing down his neck and wants to meet the source at the NSA.

They finally get a DNA match on the dead body – Jay reveals that his name is Roger Harrington, and he woks at a factory called Gnomic that makes encryption chips for the Pentagon, it’s super high security. His wife Nora works there too. Alvin and Ruzek pay Nora a visit, she swears her husband didn’t have any problems and their marriage was solid. Nora reveals that Roger was upset recently – he thought that Gnomic was using his work to wage war against people in other countries. Nora thinks that Gnomic or the Pentagon may have killed her husband.

Jay and Erin head to Gnomic, and the company’s lawyer refuses to let them in to the building. When they are leaving, a man chases them down in the parking lot. He tells the police that there was a problem last week, there were encryption chips stolen from their factory around the same time that Roger disappeared. He tells Erin and Jay that the chips can’t fall in to wrong hands – there are bad people that want them, and then he runs off.

Antonio has been blowing up his source Dominic’s phone all day, and hasn’t had any luck. As he is leaving work, Dominic sneaks up on him and jumps in his car with him. Antonio demands to know what the hell he is doing. Dominic is frantic he tells Antonio to drop the case, forget about the tip, and stop calling his phone.

Antonio takes Dominic to meet with Hank – Dominic reveals that the NSA knows he gave them a tip, they think he has some sort of secret agenda. He agrees to keep helping the PD, as long as they promise to keep him safe. Dominic says that he can recover the information that was wiped off from Ignacio’s phone for them.

Atwater meets up with the Captain James Whitaker of the 31st at a diner. He thanks him for inviting him to the poker game, and agrees to come every Thursday. Then, the Captain reveals that he needs a favor from Atwater. His son is 19 years old, and got picked up on a small drug charge in Atwater’s territory – he wants Atwater to make his charge go away. Atwater heads back to the precinct and asks Burgess and Roman to drop the charges – they were the ones that picked him up. Atwater agrees to “look the other way.”

Dominic shows up at the precinct the next morning, he has some interesting information – apparently Ignacio was in touch with Ignacio. Hank says that right now they have nothing to go on with Roger’s murder – they need to find the stolen encryption chips and they will lead them to Roger’s killer. They set up a steak out near Nora’s home, once she leaves – Alvin and Ruzek sneak inside so that they can bug the house with Mouse’s help. Nora comes back early, and they race out the back door of the house as she comes in the front door.

Erin and Jay sit in the van and watch the video feeds of Nora in her house. A guy shows up at her front door and Nora lets him in – he is dressed in a suit and tie. Nora turns the stereo on full blast before she starts talking to the guy, apparently she is suspicious that her house is bugged. Erin sends a picture of the guy to the precinct, they run his face through the system and learn that his name is Aaron Franceur and he is head of security at Gnomic Systems.

Burgess and Roman get a call to a site where there have been multiple overdoses. They find a girl on the sidewalk shaking, she says she got the drugs from a dealer named “Base.” They look over and notice that James Whitaker’s son Nathan (the guy they just let go) is standing nearby, he runs in to a building and Burgess and Roman chase him down. They arrest him and find a shoe box full of thousands of dollars of cash in the building – apparently he was a much bigger drug dealer than his father let on. They call Atwater to come down and deal with it.

Outside of Nora’s house a bunch of firefighters show up – they say that they got a call about a gas leak. The firefighters won’t let Ruzek and Alvin in to the house, they realize that they just blew their own cover and now Nora knows that they are outside of her house and watching her. Back at the police station, Dominic is still working on Nora’s old phone records – he finds a suspicious address that she frequented, it’s a storage locker unit.

Hank and his team rush to the building, they think that may be where Nora stashed the stolen encryption chips. They hear some banging and Erin and Antonio rush down the hallway – they find two men carrying a steel briefcase with the chips in it. Meanwhile, there is a black suv parked outside – he makes a run for it. Atwater and Alvin chase after the SUV in their cars, they get the car pulled over and Aaron Franceur is driving. He has a duffle bag full of $2 Million in cash from selling the chips to the men inside.

Back at the police station Aaron Franceur confesses that he and Nora worked together to steal the chips, they convinced her husband Roger to help. But, then Roger decided that he wanted the chips for himself, so Aaron killed him and hired Ignacio to get rid of his body. Aaron tells Hank the address where Nora is waiting for him, and Antonio and Alvin head to the bar and pick her up and arrest her.