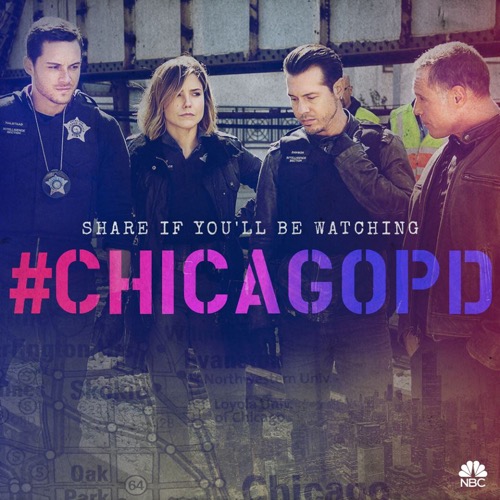 Tonight on NBC their riveting police drama Chicago PD continues with an all new Wednesday November 4, season 3 episode 7 called, “A Dead Kid, A Notebook, and a Lot of Maybes” and we have your weekly recap below. On tonight’s episode, the team searches for a teenager who may pose a danger to his classmates at an affluent schoo

On the last episode, Ruzek’s career was in jeopardy when an undercover mission didn’t go as planned; and the discovery of a body in an SUV was investigated. In other events, Halstead and Lindsay moved forward in their relationship. Did you watch the last episode? If you missed it, we have a full and detailed recap right here for you.

On tonight’s episode as per the NBC synopsis, “the team searches for a teenager who may pose a danger to his classmates at an affluent school; Atwater hopes to make a good impression on a prominent African-American police captain; and Olinsky and Michelle turn to Ruzek and Burgess for help when they find themselves in a sticky situation.”

Tonight’s episode of Chicago PD kicks off with Lindsay and Atwater having breakfast at the diner. James Whitaker, the Captain of the 31st comes in and sits down at a booth – Atwater whispers to Lindsay that he is the “black pope of Chicago.” He rushes over to introduce himself to Whitaker, he isn’t exactly friendly. Whitaker doesn’t like to be bothered during his breakfast – and he could care less that he and Atwater are both black.

At the police station, a woman is filing a missing report for her 15 year old son Colin with Burgess and Roman. She is concerned because he went missing with his parents’ pistol and she found a diary in his room saying that he was going to get revenge on all of the kids at his school. The police rush to the school and evacuate the kids. The dogs find Colin’s body behind the school – it looks like he committed suicide, the gun is still in his hand. Hank tells Burgess to rush the pistol to ballistics to make sure Colin is the one that shot himself in the head.

Erin opens up Colin’s backpack and finds a bomb inside – its ticking. She tells Hank and the rest of the team to back up slowly. They call in the bomb department, they manage to get the bomb deactivated safely without it going off and doing any damage.
Erin heads to Colin’s house to talk to his mother. She says that Colin went missing the day before, but she came home late from work and didn’t realize he wasn’t there. His mom cries that it is hard being a single mother, she worked a lot and didn’t know what was going on with him. Alvin reads through Colin’s journal and realizes that he had a friend named EJ, and EJ was supposed to be helping him get revenge on the school.

Alvin heads back to the police station – Trudy tells him that there is a problem with his daughter Michelle. When she was released from juvie, one of her parents were supposed to sign for guardianship of her. If Alvin doesn’t then Michelle will have to go back to juvie. Alvin doesn’t hesitate and he signs the documents, Trudy is surprised that he doesn’t want to check with his wife.

Antonio is trying to track down Colin’s friend EJ, they visit a kid from his school’s house named Ethan Jones. His mother is confused, she doesn’t know what her son has to do with Colin’s death. They go through EJ’s computer and learn that he was searching on the internet to learn how to make a bomb. Burgess and Roman are at the school trying to find EJ, he told his mom he was with his swim team, but the coach reveals that EJ left the team over a month ago.

Burgess and Roman find EJ in the hallway getting beat up by half a dozen boys, they break up the fight and bring EJ in for questioning. Jay questions EJ – he scoffs that Jay doesn’t get it, and he wasn’t planning on killing bullies. EJ gets emotional and is about to spill the beans, but then his mother rushes in and interrupts them. He says that all of the bombing stuff was “Colin’s thing.” There is nothing that Hank can do – EJ is a minor, and there is no crime to charge him with yet.

Atwater finds a file on EJ, apparently he was accused of vandalism – the senior class president Kirby Peterson claims that EJ blew up his motorcycle by putting a fiery rag in the gas tank. Atwater and Antonio visit Kirby, he confesses that they hazed EJ a little when he joined the swim team and EJ went crazy – he said he was going to get revenge. Meanwhile, back at the police station – Alvin’s wife Meredith shows up, she is furious that Alvin is trying to move his daughter in to the house with her and Lexie. She tells him that she will put his stuff in the yard, and if he doesn’t pick it up she will burn it.

Burgess and Roman head to the swim coach’s house – someone vandalized Coach Sanders’ car and wrote “Pedophile” all over it with bright red marker. They bring him in for questioning – he insists that he is not a pedophile. He says that he used to look out for EJ after school because his father died in Afghanistan and is mom worked a lot. But, EJ started getting weird, he showed up every day and he wanted favors all of the time. Finally, the coach snapped on him and told him that he “couldn’t be his father,” and ever since then EJ has been out for revenge.

Trudy has a letter for Atwater at the front desk, it’s from Captain Whitaker. All the paper says is a street name and a time. Meanwhile, Jay brings EJ back in for questioning. He breaks down in tears and confirms that Coach Sanders was molesting him. He recruited EJ in public school and promised him a scholarship to Webster, once EJ was on the team – he learned that Colin was being molested by Coach Sanders too. They made the bomb to get back at Sanders. EJ explains that Colin met a kid online named Jeff, he was molested by Sanders at another school, he was going to help them get revenge on Sanders. But, at the last minute EJ got scared and backed out. Jeff was supposed to meet Colin at the Emerald City Café that morning – EJ doesn’t know if he ever showed up.

Lindsay gets to work searching for Jeff, there is no record of any one named Jeff at his old school. Meanwhile, the tests come back from ballistics, and Colin was actually murdered – there was no gun powder residue on his hands meaning that he didn’t pull the trigger. They pull the surveillance footage from the café – Jeff picked Colin up there, the photo is grainy but they can tell he has a tattoo on his neck. They think that Sanders might have met Jeff when he was volunteering at juvie, and paid him to kill Colin and shut him up.

They search mugshots of the kids at juvie when Sanders worked there, and find the killer – his name is Jesse Mandel. They rush to the halfway house where he was living, but he had just left and said he came in to some money. Hank and his team shut down the train station when someone calls in a sighting. Jay winds up on the moving train with Jesse and chases him the entire length of it. When jesse has nowhere else to go, he opens one of the doors and jumps out of the train.

Hank and his team get a warrant and head out to formally arrest Sanders for molesting Colin and EJ and paying Jesse to kill them. Hank goes in to the interrogation room and doesn’t tell Sanders that Jesse is dead – he says he is in the other room and just ratted him out. Sanders has a meltdown and screams that Jesse wasn’t supposed to kill Colin, he was just supposed to scare him.

At the end of his shift Atwater heads to the address where Whitaker told him to meet him – it’s a very exclusive poker game. The guys invite him in and sit him down and even offer him a cigar. Meanwhile, Ruzek is at home cooking dinner for Burgess – there’s a knock att he door, it’s Alcin and his daughter Michelle. Alvin informs him that they are crashing there for a few days. Burgess shows up for their romantic dinner and finds Alvin and Michelle there. Jay stops by EJ’s house to check in on him – he tells EJ that going public with what Coach Sanders did was the bravest thing he has ever seen.