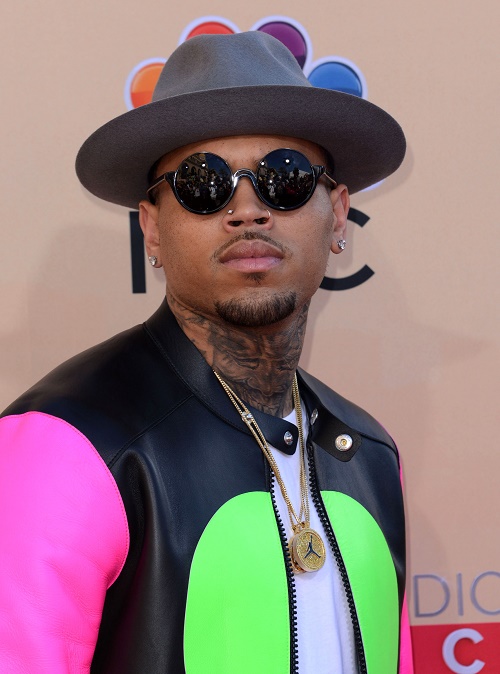 Chris Brown recently posted on Instagram that he discovered a naked woman in his bed on Wednesday night, May 6, and called the police shortly after to have her removed from his home. E! News confirms that Chris Brown returned to his house somewhere close to 9:00 p.m. and discovered women’s clothing in his foyer. He also alleges that she spray painted “I love you” on his kitchen counter.

Chris Brown immediately alerted his security team, and they began investigating. Brown and his team discovered the strange woman in his bed and called the police, who immediately arrested her, and booked her for felony burglary and felony vandalism.

The 21-year-old woman, whose name has not been released, is thought to have spent a good amount of time in Brown’s house, as police found used dishes in the sink and food in the trash. The only person possible to have done this would be the woman, as Chris Brown has spent the last few days in Las Vegas.

In addition to invading his home, the woman allegedly vandalized Chris Brown’s silver Rolls Royce and black Range Rover by covering them with “Mrs. Brown” in spray paint. Now she’s crossing the line. Someone should call a psych ward.

In the Instagram caption, Chris Brown says, “I get home and find this crazy individual in my house. She had broken the hinges off the doors…She threw out my daughters clothing as well as my dogs stuff. Then had all these crazy voodoo things around my crib…I love my fans but this is some on some real real crazy s***! I pray she will get help.”

We cannot believe that the woman would go as far as trashing Chris Brown’s daughter’s clothes. That’s so messed up. Perhaps the woman was a relative of Rihanna’s using voodoo to get back at Chris Brown. We would not put it past Rihanna after the two have gone through so many ups and downs.

How do you think Chris Brown handled the situation? Should he have published the woman’s face (which you can see on his Instagram) for the world to see, or should he have kept it private? Let us know in the comments below.