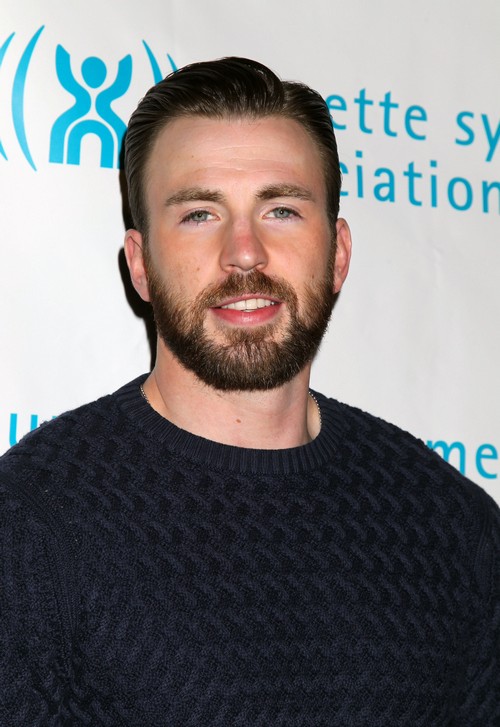 Captain America star Chris Evans has a new girlfriend! Rumors began swirling that the single actor was off the market a few days ago – and now a new report from US Weekly is confirming what we all suspected, Chris Evans is dating Phil Collins’s daughter Lily Collins. Evans’s romantic life has been pretty uneventful over the last few years, after his long term relationships with actress Jessica Biel and Minka Kelly – but it looks like he has dived back in to the dating pool.

According to US Weekly’s Hollywood insiders, Chris Evans and Lily Collins met at Vanity Fair’s 2015 Oscar’s party, and have been quietly dating ever since. The pal snitched to the magazine, “It’s just the beginning stages. But, they’re having a lot of fun and seeing where it goes.” Not that we are exactly thrilled about someone snatching up Chris Evans, if there ever was a perfect girl for him – it would have to be the British actress Lily Collins.

For those of you who aren’t familiar with Phil Collins’s daughter, the 25 year old British-American actress has starred in some big name movies like The Mortal Instruments: City Of Bones, Mirror Mirror, and Abduction alongside Twilight alum Taylor Lautner. Lily previously dated Zac Efron, Jamie Campbell Bower, and Thomas Cocquerel – to name a few of her celebrity romances.

Like every other celebrity couple that seems to be popping up these days, Chris is nearly a decade older than Lily – and 8 years her senior. Here’s to hoping that the new couple will be able to dodge the Hollywood curse that plagues couples with major age gaps, and Lily doesn’t grow bored with her more matured new boyfriend. Are you a fan of Chris Evans or Lily Collins? Do you think they make a good couple, or will they break up before the ink dries on the reports that they are dating? Let us know what you think in the comments below!