Chris Soules and Whitney Bischoff Dating Again, Getting Back Together: The Bachelor 2015 Winner With Cheating Iowa Farmer? 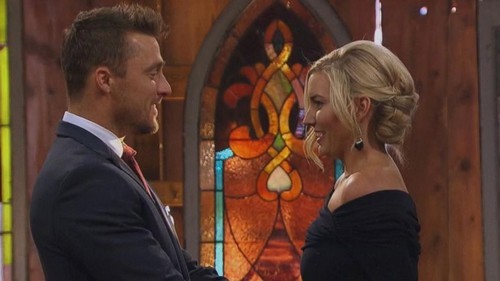 Are former Bachelor Chris Soules and Whitney Bischoff getting back together? In May 2015 Chris and his Bachelor 2015 winner Whitney Bischoff announced that they had broken up and the wedding was off, Whitney left Chris and moved back to her hometown of Chicago, Illinois and returned to her old jobs as a fertility nurse – she has been lying low and out of the news ever since. But, a recent post on social media from Chris has Bachelor fans wondering if the couple could be getting back together and on the road to a reconciliation.

On August 29 Chris Soules shared a photo of himself and his Bachelroette co-star Cody Sattler and announced that they would be partying in Chicago – yes the same Chicago where his ex-fiancee Whitney Bischoff lives. Chris tweeted that he and Cody would be partying that night at Vertigo Sky Lounge, in the Windy City. So, did he meet up with his 2015 winner while he was in Chicago?

After Chris and Whitney’s break-up, neither of them would really open up about what happened. Although it seemed pretty clear that it had something to with the all of the cheating rumors surrounding Chris and the other Witney (his Dancing With The Stars partner). Or possibly it had something to do with the fact that Chris clearly had no desire to settle down and get married. The Iowa farmer got a taste of Hollywood, and began signing up for reality TV shows instead of going to wedding planner meetings. It was obvious he was more worried his celebrity status than he was his fiancée Bischoff. Frankly, Whitney would have to be crazy to even consider getting back together with Chris after the way he played her, and used their relationship for publicity.

But, if Chris wasn’t in Chicago to see Whitney – then why was he there? Surely, there are other cities with much more exciting clubs for reality TV stars to party at. What do you guys think? Are Chris and Whitney hanging out again? Would she be a fool to take back The Bachelor? Let us know what you think in the comments below!