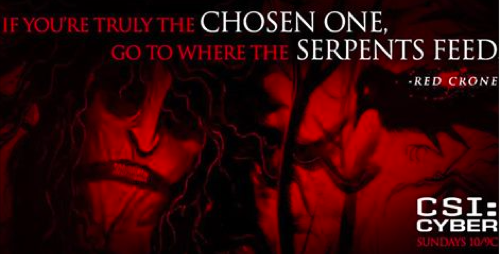 Tonight on CBS CSI: Cyber returns with an all new Sunday November 1, season 2 episode 5 called, “hack E.R.” and we have your weekly recap below. On tonight’s episode, a hacker takes control of all networked medical devices at a Dallas hospital and threatens to kill one patient every hour if his demands are not met.

On the last episode, the team investigated a child-abduction case based on an online myth in which an abductor lured children through a cell phone app. Meanwhile, Elijah’s aggressive behavior at work caused Avery to bench him; and romancewas the air for D.B. Did you watch the last episode? If you missed it, we have a full and detailed recap right here for you.

On tonight’s episode as per the CBS synopsis, “a hacker takes control of all networked medical devices at a Dallas hospital and threatens to kill one patient every hour if his demands are not met. The Cyber team work to locate the source and figure out how the culprit accessed an airtight security system.”

Tonight’s season 2 episode 5 looks like it is going to be great and you won’t want to miss it, so be sure to tune in for our live coverage of CBS’s CSI: Cyber at 10:00 PM EST! While you wait for our recap hit the comments and let us know how excited you are for the season 2 episode 5.

A hacking collective calling themselves Grey Ruin has gone too far on tonight’s episode of “CSI: Cyber”. They seem to believe that doctors and hospital have carried on too long acting like gods on earth and so they’ve chosen to punish them in the only way they could. The group was going after the many patients lying in care at a local Dallas hospital.

So naturally the Cyber Unit was called in on this one. Yet Avery is choosing to be prudent by taking everyone with her to Dallas. She only boarded the plane with handful of her operatives and unfortunately Mundo wasn’t one of them.

He had been left with Krumitz. Though while Krumitz was needed to run things at CTOC, Mundo was actually a field agent. He was trained to go out and assist. Not be forced into staying behind which only made him feel useless.

But Avery couldn’t break the rules. Mundo had broken FBI protocol last week when he viciously attacked a suspect that was already incapacitated. So he needed to stay behind until he had been cleared for field work.

And as it turns out, the collective that was holding a hospital ransom was not the Grey Ruin. The real Grey Ruin took to social media to deny association with the hacking. In fact they claimed to have no idea about who would either impersonate them or hold a bunch of patients as hostages.

The fake group that had attacked the hospital was threatening to kill a patient every few hours if they didn’t get their money. And unfortunately they had put into a pretty deadly malware that affected the entire hospital’s system. If the doctors attempted to remove the patients then a kill switch would go off and shut down the whole hospital. Thereby killing nine people on ventilators.

So the hacking group wasn’t playing around and Avery had every reason to believe that the attack was personal. She said that whoever was behind the attack could have easily picked any other hospital in the world but chose that particular one. Therefore the Dallas hospital had to have had some impact on whoever was behind the hacking group and money was probably just an afterthought to throw off suspicion.

But knowing why the hospital was under attack could not actually stop the attack. So another patient was lost.

Though that time the hacker didn’t bother using the ventilator to do its dirty job. They just electronically changed someone’s medical records and prescribed a famous basketball player by the name of Thomas Knight the exact drugs that he was allergic to. And by changing their MO, the hacker also inadvertently gave away its location.

Krumitz and Nelson were able to trace a signal from the basement of the hospital. And there they found a wounded doctor. She had apparently been stabbed and she said it happened after she caught a nurse on a computer hiding out down there.

However that very same doctor was shown to have been lying. Mundo had gotten Krumitz extra tech support on their end so Krumitz had some help in tracking down their killers or in this case Killer. Because the doctor’s address showed as being the place of origin for the virus she used on the hospital.

And do you know why she did what she did? She said she had been the one to change the reputation of the hospital. That it was her hard work that helped turned things around and so she killed people to get back at the board for hiring a younger woman to act as the new chief.

It seems she thought that was going to be her job.

But pettiness was a poor excuse for what she did and it made Avery realize that she needed to let go of past hurts as well. So later, after she had flown back to DC, she contacted Grace Clark. Grace had been the daughter of Avery’s nanny and so the two girls had grown up together as thick as thieves. Almost like sisters you would say.

Yet it was Grace’s mother that had been driving Avery’s daughter on the day they crashed and so Avery couldn’t look at either Grace or her mom. Not when it reminded her so much of the child she had lost. So going forward, Avery wants to change that. Grace had told her that she wanted to be part of her life again and at the end of the episode Avery happily accepted her.