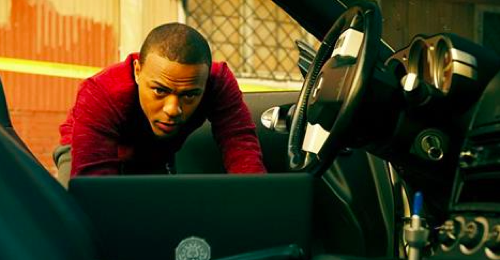 Tonight on CBS CSI: Cyber returns with an all new Sunday November 15, season 2 episode 7 called, “Corrupted Memory” and we have your weekly recap below. On tonight’s episode, a woman is murdered while she video chats with her parents.

On the last episode, a man was killed by a driverless car while drag racing. The investigation lead to a hacker who was cyber-hacking vehicles and using them as remote-controlled cars to cause deadly crashes. Did you watch the last episode? If you missed it, we have a full and detailed recap right here for you.

On tonight’s episode as per the CBS synopsis, “a woman is murdered while she video chats with her parents. Avery’s skill is tested when she interviews the only witness, an agoraphobic neighbor who is suffering from PTSD following the incident.”

Tonight’s season 2 episode 7 looks like it is going to be great and you won’t want to miss it, so be sure to tune in for our live coverage of CBS’s CSI: Cyber at 10:00 PM EST! While you wait for our recap hit the comments and let us know how excited you are so far with this season.

An agoraphobe is someone who suffers from a condition known as agoraphobia. And that’s when someone’s anxiety disorder kick into overdrive during certain situation. Such as say wide-open spaces, uncontrollable social situations, or unfamiliar places.

So for Tristan who is an agoraphobe to have made it outside on his own must have taken a lot of effort. Yet he did so in order to supposedly catch Isabel’s killer.

Isabel had been Tristan’s neighbor you see and according to him they were very close. However one day Tristan claimed to have seen someone brutally kill her. A claim by the way that was backed by facts. A man had apparently broken into her apartment while she was video-chatting her parents and it seems he killed her while everyone watched. And were unable to do a thing to stop it.

Though Tristan tried. He called 911 and had even got up to go after the man he initially saw fleeing Isabel’s apartment. And unfortunately Tristan passed out. Therefore it was a bit of a struggle simply getting him talk later down at the station.

Avery and her Unit had not been aware of Tristan’s condition prior to meeting him and so at first they were at loss about why he suddenly couldn’t remember what happened to Isabel. For he did claim to have seen her murder when the police first found still passed out on the sidewalk. So for a time – Avery had to bench her questioning and try to carry out an investigation without Tristan’s help.

And what they found on their own was pretty interesting. Isabel’s computer had been infected by malware though not in the traditional sense. In fact Isabel and her boyfriend had been using the latest wireless sex toys which comes with an app that helps people in long-distance relationships to still have sex.

Her boyfriend Ethan who was still living in New York would do something with his toy and Isabel then feel it with hers. Only, as the Cyber Unit continued to look into the app, they found out a third party had hijacked Ethan and Isabel’s couple time. So basically there was a third party out there who had cyber raped Isabel seeing as she only consented to have sex with her boyfriend.

And so you would think it was the cyber-rapist that had killed Isabel. That he must have grown frustrated with a mere cyber relationship and so tried to pursue a real one with Isabel but killed her when she turned him down. Yet that’s not what happened.

The cyber-rapist ended up having an alibi meanwhile there was another person that was spying on Isabel via her video-chats. Apparently Isabel had been a high-risk victim. She had lived alone and had been far away from family. So what that meant for her is that she was frequently on the internet speaking to someone.

And someone hacked into her conversations. Though sadly the Unit hadn’t realized it had been Tristan that had been hacking into Isabel’s computer until after he had made his escape. So naturally one would assume that Tristan ran in order to escape arrest for his cyber hacking. But again that’s not what happened.

Yes, Tristan hacked into webcams all over the world but he mostly focused on a handful. Thus Avery believes her had created a whole virtual life where he managed convince himself that he really did know the people he was spying on. Like Isabel for instance.

She became a friend after he saw her talk to others. And there was a brother, a sister, a grandfather, and even a set of parents that he pretended were his own. But he had never met any of those people or even dared to go outside to do so. Much less hurt them

So the first time he worked up the courage to tear himself away from his computer was when he actually witnessed Isabel’s murder from both his webcam and his window. And the reason he passed out was really because of sensory overload. Not guilt.

Therefore the real reason he ran from the police was because he suddenly remembered who killed Isabel and wanted to kill the murderer himself. However Avery stopped him. She talked him into putting his gun down and he did so.

But Isabel’s father had also been at the scene and the man picked up the gun that Tristan dropped in order to kill the man that tool away his daughter.

And he did so.

Though now it’s Isabel’s father that has to face a murder trial and Tristan that’s going to go away for cyber hacking.

Only in other news Nelson had heard from his brother on tonight’s episode of “CSI: Cyber” and it looks like their relationship beyond reparable even though they’re both still alive.