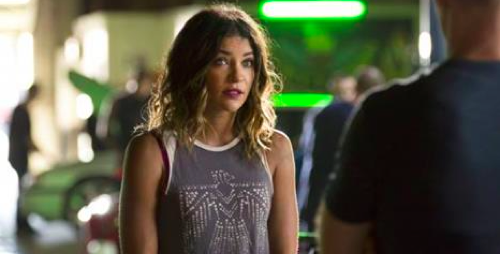 Tonight on CBS CSI: Cyber returns with an all new Sunday November 8, season 2 episode 6 called, “Gone in 6 Seconds” and we have your weekly recap below. On tonight’s episode, a man is killed by a driverless car while drag racing.

On the last episode, a hacker took control of all networked medical devices at a Dallas hospital and threatened to kill one patient every hour if his demanded were not met. The Cyber team worked to locate the source and figure out how the culprit accessed an airtight security system. Did you watch the last episode? If you missed it, we have a full and detailed recap right here for you.

On tonight’s episode as per the CBS synopsis, “a man is killed by a driverless car while drag racing. The investigation leads to a hacker who is cyber-hacking vehicles and using them as remote-controlled cars to cause deadly crashes.”

Tonight’s season 2 episode 6 looks like it is going to be great and you won’t want to miss it, so be sure to tune in for our live coverage of CBS’s CSI: Cyber at 10:00 PM EST! While you wait for our recap hit the comments and let us know how excited you are so far with this season.

An illegal street race resulted in the death of a young man on tonight’s episode of “CSI: Cyber” and unfortunately it came to the Cyber Unit attention that car at fault for the death of young Brad Harper was actually a driverless vehicle.

Apparently cars are hackable nowadays so that’s what someone ended up doing. They hacked into car and tried playing out a real life version of Grand Theft Auto. Yet something went wrong with the original plan of simply having fun.

The hacked car was about to bust by the police for a street race so whoever had hacked in had then tried to get rid of any evidence by purposely crashing the car. And sadly they crashed the car right into Brad Harper’s who had recently turned twenty-one nevermind having his whole life ahead of him. So naturally in the day following the incident – a driverless vehicle has made headlines everywhere.

The media was simply eating up and in turn causing mass panic. Thus the hacker that everyone was looking for eventually decided to up the ante. He moved away from drag racing and instead did something that would bring him even more attention. He hacked another car.

Only the second time around actually had someone trapped inside. So a man named Steven was given the scare of his life all because a hacker wanted to play a game with the police.

Though hacker himself wasn’t as smart as he let on. He didn’t hack any of the cars using their programing when he could have done so in at least three different ways. According to Krumitz that is. Therefore the hacker had to have planted foreign device onto each vehicle.

So that must mean he can come into close contact and Smokescreen as they were calling him could have only done that if he worked at a local car wash. As it turns out that was the one place that both cars that were hacked had visited. And usually owners don’t pay attention when their car are given the full treatment like wash, vacuumed, or which kind of air freshener they received. That is unless they had a complaint.

And so that explains how everyone was able to overlook Kevin. Kevin vacuumed the cars at the car wash but no one could have assume that he would be a threat. He was in a wheelchair after all so that might have led people into believing that he was harmless.

However it was that same wheelchair that led to Kevin hacking into cars. Avery said he probably was injured in a race and that’s how he wounded in the wheelchair in the first place, but because the desire was so strong, he probably never fully gave up racing. So that’s where the driverless vehicle came into play.

Kevin just wanted to be part of that world and the dream of that was corrupted as well as Kevin.

Before they had found out who Kevin was, the Cyber Unit had falsely believed that a member of the LA Street Kings was the one responsible for driverless vehicle. Kevin had apparently planted evidence on him that made the other man look guilty. So the team knew that Paul Martinez must have had a personal connection to Kevin.

Although, once the unit found out what the connection was that’s when realized how wrong they had been about Kevin’s motivations. It wasn’t about the race with him! Kevin actually loved crashing more than he loved racing. So when he kept crashing the cars it wasn’t because he wanted to get rid of evidence. In fact he didn’t care about getting caught. He just wanted to crash.

Only by doing it from his computer, he wasn’t getting hurt anymore like what happened in his accident when he had raced Martinez. So Kevin was pretty much a petty jerk that deserved prison and despite what he did – a good thing did come out of the whole experience.

The Cyber Unit had gone ahead to investigate Martinez back when they thought he was their perp so that meant they came across evidence that the undercover cop in the LA Street Kings organization needed to put Martinez and his people away. Therefore Kevin did get something out of what he did. He got his revenge on the man that put him in his wheelchair.