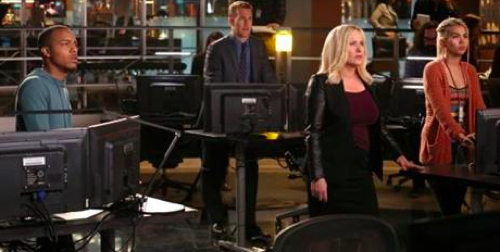 Tonight on CBS CSI: Cyber returns with an all new Sunday November 29, season 2 episode 9 called, “iWitness” and we have your weekly recap below. On tonight’s episode, the cyber team investigates the murder of a hacker

CSI: Cyper follows an elite team of FBI Special Agents tasked with investigating cyber crimes in North America. Based out of Washington, the team is supervised by Avery Ryan, an esteemed Ph.D. Ryan is a behavioral psychologist turned cyber shrink who established the FBI Cyber Crime division and heads a “hack-for-good” program, a scheme in which the criminals she catches can work for her in lieu of receiving a prison sentence.

On the last episode, Avery risked her life to capture FBI Cyber’s most wanted criminal, after he murdered her friend, an Interpol agent. Did you watch the last episode? If you missed it, we have a full and detailed recap right here for you.

On tonight’s episode as per the CBS synopsis, “the cyber team investigates the murder of a hacker who was hired to erase an assault victim’s comments from a confessional Web site.”

Tonight’s season 2 episode 9 looks like it is going to be great and you won’t want to miss it, so be sure to tune in for our live coverage of CBS’s CSI: Cyber at 10:30 PM EST! While you wait for our recap hit the comments and let us know how excited you are so far with this season. Avery is one of my favorite characters, are you enjoying how she is supervising the team?

Quinn Elliot was a hacker and she was pretty good one seeing as she was making a living from. But it’s what she was paid to do that made investigating her death that much harder.

Quinn Elliott used to hack into anything for anyone. Government databases and even small claims court was not a problem for her. Yet getting caught was. In fact a few months before she was murdered, she had finally been brought in on charges but ultimately made her escape because of a probation officer that didn’t exactly have the resources to find her on the dark web. Therefore there was a possibility that there was someone looking to silence Quinn before she could get caught a second time and would want to turn in evidence against someone else to save her own skin.

However Avery found out, via the hard way of course, that there was just as much of a chance that someone from Quinn’s real life could have killed her. It seem Quin didn’t stop at merely hiding who she was, she literally came up with a whole new identity. And Quinn’s pseudonym even had a husband.

It was the husband that had been called down to identify Quinn’s body and apparently that alone was enough for the husband. He didn’t want to believe his wife was the same woman that had erased evidence against drug dealers and he felt it would be disrespectful to hear whatever else the Cyber Unit had to say. So he told them to catch his wife’s killer but cleared he didn’t need to know anything else.

But maybe he should have stayed around. That way he could hear for himself that his “wife” had been hired to erase a confession from an online confessional though the actual confession had been about a rape. A young woman by the name of Shelby Lockhart had needed a place to vent and so she wrote about her rape as a way to say it to someone when she didn’t feel like she could tell her own family.

And the ugliness of it didn’t stop there. Quinn had also been paid to locate Shelby but fortunately Quinn grew a conscience in the end. As in she refused to give out Shelby’s location away because by then she probably had her own misgivings about what would to the young woman. And rather than ignore Shelby’s plight, Quinn tried to do something about it.

She directed Shelby’s online feed to survivor’s groups that she hoped would Shelby the forum she needed. Acting almost like a guardian angel. And she also looked for ways to protect Shelby from the man that was looking for her.

Quinn had arranged a meeting with her former client and it had been part of her plan to get him on tape admitting to what he hired for.

Yet that was what led to Quinn’s death. Normally hackers never meet their clients in person and that’s rule created for safety reasons. So Quinn had risked her own life to save Shelby’s and, in death, she bought Shelby enough time to be found by the Cyber Unit rather than anyone else.

Shelby had been off the grid for the last week and so the Cyber Unit didn’t know how to get into contact on their end. They were made to wait until someone from Shelby’s family got back to them and in the meantime they tried or at the very most did their best to investigate Shelby’s rape on their own. And oddly what found out was that Shelby had been attacked on campus at Paxton University yet the school itself claims to have zero reported rapes in the last year.

Therefore one thing became very clear. The school was doing its best to hide what was really going on and apparently their first concern lied with their federal funding and their crew time.

According to Shelby’s online presence, she had been attacked right after the crew team had thrown a big party for themselves because they had won some cup or another. So Avery had every right to look into the crew team but the school had stopped her. They said their kids didn’t need to answer questions and that she doesn’t have a warrant to collect their cell phones.

But once Shelby did return and was able to tell her story, Avery realized how much of a fight the school was willing to put up.

It seems they had told Shelby that no one was going to believe her because she had been drunk and had waited too long to report the rape. And then Shelby had been personally threatened. She was told her scholarship would be at risk if she testified and that it would be better for her if just forgot what happened.

And for the most part she did try to do that. She attempted to continue going to classes but, because she couldn’t recall any of three faces from the night she had been gang-raped, she began to work herself into a state everytime she left her dorm. Before she simply dropped out altogether.

So it wasn’t really Shelby’s confession that set everything in motion. It had been worrying on her attacker’s end that made three elite crew team members feel like they should bring their problem to their Athletics Director. Otherwise known as the same man that hired Quinn and then killed her when she proved to be a risk to his funding.

The truth came out after the guys had been caught. Someone had accidentally record the tape but none of the guys had been the ones to hire Quinn. So Cyber looked into anyone they might have met with and the GPS on their cell phones showed they had a meeting with their director that went on for about two hours when no one else was around.

And so that in addition to the video they were ultimately able to get off of Quinn’s phone, gave the Unit everything they needed to get justice for both Quinn and Shelby.

So as a parting gift, they told Quinn’s husband that his wife had changed after meeting him. It seems she was prepared to turn her whole life around and that means the woman he knew was real.