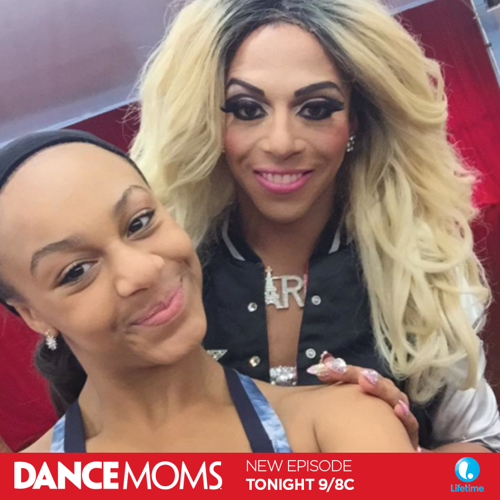 Tonight on Lifetime Abby Lee Miller’s Dance Moms continues with an all new Tuesday July 7 season 5 episode 26 called, “Where in the World is Abby Lee Miller?” and we have your weekly recap below. On tonight’s episode, after last week’s blow out between Abby, Kira, and Kalani, all three are nowhere to be found. With only five weeks to go until Nationals, each girl has a solo to determine who will get a spot at the National Competition.

On the last episode the moms pushed Abby for more dance classes after losing two competitions in a row. When Abby refused to take responsibility for the girls’ lack of training, Kira takes mattered into her own hands and brought in outside help, infuriating Abby. After Maddie’s second place finish to Mackenzie, Abby pressured Maddie to regain her standing as the ALDC’s top dancer. Did you watch the episode? If you missed it, we have a full and detailed recap right here for you.

On tonight’s episode as per the Lifetime synopsis, “after last week’s blow out between Abby, Kira, and Kalani, all three are nowhere to be found. With only five weeks to go until Nationals, each girl has a solo to determine who will get a spot at the National Competition. Meanwhile, Kendall’s single is dropping, but without her manager there to promote her, there is minimal fanfare. Nia meets with music producers to plan for her next single which includes a rap, a first for her. Therefore, Holly decides to enlist the help of a special guest to get Nia in the zone, which only serves to make Jill jealous.”

Tonight’s episode is going to be another drama packed evening, which you won’t want to miss. So be sure to tune in for our live coverage of Lifetime’s Dance Mom’s Season 5 episode 26 – tonight at 9 PM EST! While you wait for our recap, hit the comments and let us know how excited you are about this new episode of Dance Moms tonight!

#DanceMoms begins in LA at 3rd Street Dance and Holly saying it’s weird that Kalani isn’t there. Maddie wonders if Abby will be there. The girls say Kalani never cries and it was hard to see it. Kendall says she hopes Abby show up. Jill says she doesn’t think Abby will show up today after the temper tantrum. Holly says Kira and Abby both snapped. Holly says what Abby said to Kalani is no different than what she has said to Nia or JoJo. Jess says they need Kalani. Gianna tells the girls to warm up.

Holly says everyone needs to have equal time to prepare adequately and Jess says equal choreography. JoJo says she’s performing at KidzBop on Saturday. Gianna starts with Maddie and calls her the golden child and says she has to show Abby that even though she hasn’t had a win in a while. Melissa says that’s a lot of pressure and Jess says Maddie has a huge reputation to protect. Holly says that’s why Maddie was so upset because she’s worried Abby will be upset with her. Melissa says it makes her feel like a bad mother.

Gianna then works with Kendall and Jill says she can’t believe Abby isn’t there to work with the kids. Gianna says Kendall can’t let herself drop behind Nia again. Jill says Kendall did well on iTunes and was number one in Ireland yesterday and Holly says Mikey Menden wants Nia to try rapping. He wants her to collaborate with Coco Jones and Holly is nervous about it. She says they’re recording next week and things are moving fast.

Jill says things will move fast and she doesn’t want Abby holding the kids back. She says Kendall has things going on and she’s frustrated with Abby managing Kendall’s music and holding her back. Jess says JoJo has opportunities without Abby and says Abby has too much going on and says Abby just can’t do well for everyone in the long term. Nia and Holly go to the recording studio to meet Mikey and Andrew and Coco.

Mikey wants Nia to rap while Coco sings. They have Coco on Skype. Holly is happy to have Coco mentoring her and they set a time to get into the studio together. Kira and Kalani are outside the studio and they discuss whether they want to be back for real. Kalani wants to be back and Kira says she wants to walk out if Abby is rude to her again. Kira says Kalani wants to come back to LA and wants to finish out the season and do nationals with Abby. The moms shows up and greet them.

The moms says they were wondering if they were coming back. Jill says Kira has it made since Abby isn’t there. JoJo runs to hug Kalani. Jill says to call Abby but Kira says no. Jill calls Abby and gets voice mail. Jess asks if Abby is coming back and Jill says eventually but Jill says she’s disappointed she’s not around now and says Kendall’s song is getting attention but Abby isn’t around. Holly tells them about the studio and what’s going on.

Melissa says this week is supposed to be about Kendall but Holly is making it about Holly. Gianna is working with Mackenzia and tells her she’s little but has to dance bigger and that’s how she beat her big sister. Gianna works with her on her solo. Melissa says solo week is how Abby determines who gets a solo at nationals. She says Mackenzie has to keep winning and it’s a lot of pressure. Kira says Kalani told them that their dance teachers are supposed to set an example but Abby shows them what not to do.

Gianna tells Kalani she needs to stand out and make Abby want to give her a solo at nationals since she hasn’t competed with them at nationals before. Gianna tells Kalani that even though last week was crazy she knows what it takes to win and just needs to do it. Gianne then works with Nia and says she knows what it takes to win. Holly says Nia has never had a solo at nationals and really wants it. This solo Gianna has given her is dark and dramatic.

Shangela shows up at the studio – she’s a drag queen that Nia knows who has worked with her before on her dance moves. Jill is annoyed and says the soloists aren’t done and she’s taking time from the kids. Holly comes in and hugs her and says she’s working with Nia to bring up her inner rap star and that’s why she called her to make her more comfortable with rapping. The girls are all happy to see her. Holly thinks she’s a positive influence for all the girls.

Holly thanks her for teaching Nia the dance move that’s become her signature move and she teaches all the girls the death drop. Jill says Shangela is great but it’s solo week and is a waste of time when they need to break the losing streak. She asks Nia what message she wants to portray and she gives her a necklace and says it has to be more like nice and she says it’s Chica Mica. Jill keeps watching her watch. Jill keeps pulling faces.

Kira wonders why they couldn’t do this in a different room and Holly says she doesn’t need any more negativity in this space. Jess asks Gianna what’s the plan without Abby and if she’s talked to Abby. It’s one day before competition and still no Abby. Gianna says they’re doing a little show before the competition and Gianna admits it’s a little nerve wracking with this much on her. The girls all run through their solos before the girls and their moms.

Holly says Abby only cares about winning and not about anyone’s feelings. She hopes Nia will get a solo this year. Melissa says Maddie was working with Sia last year and couldn’t compete at nationals and says she really wants a solo. Kira says Kalani really wants to go to nationals and that’s why they came back. Jill says Kendall’s solo is not nearly as good as some of the other girl’s and that’s not fair. She’s wonders if Abby has called in but Melissa hasn’t heard from her.

It’s competition day at Sheer Talent and it’s all solos. Kendall is upset that Abby isn’t there. Gianna says no solos one last week and Kalani and Mackenzie were the last winners. Gianna says Abby will see all the solos even though she’s not there. Kira tells Kalani to do her best because this is her big chance. Kira says it’s hard with Abby not there and thinks she should be there with her team and doesn’t understand why she’s not there.

Kalani says she’s nervous and her stomach hurts. Kalani is up first with her solo. Next up is Mackezie. Melissa says Abby has told her to show more emotion so she’s trying to make it over the top. Jill thinks Mackenzie stubbed her to but Melissa didn’t see it. She did. Kendall goes next. Jill worries about Abby walking out this week and hopes Kendall is a star this week. Jill says she did the best she could have. Backstage, Jill brings up the stubbed toe.

Melissa says the other moms love to push her under the bus and tells Mackenzie she was great. Holly says no one does that to her kids. Holly says she tries to make them seem like bad guys. Melissa says she was making her look bad in front of the kids and Kira says she called herself a liar then walked out and Melissa says she never talked to Abby. Holly gets Nia dressed and Holly says maybe Abby should be out every week because Nia finally got a great costume.

Nia’s solo is next. Melissa hopes Maddie will break her losing streak with her solo Golden Girl. Melissa says she Maddie just keeps getting better and better. Now it’s award time at Sheer Talent for the solos. Melissa says any of them could pull out a win since they are different age categories. Mackenzie really wants a win. Mackenzie takes a 1st place in her age group. Melissa is really proud of her. Kendall takes a 3rd place in pre-teen and Maddie takes 1st place.

Melissa is thrilled and hopes this means Maddie is a shoe in for nationals. In the teen group, Nia takes 2nd place and Kalani takes 1st place. Kira is thrilled that Kalani did so well after a tough week. Melissa says they have three winners after a losing sweep. Melissa tells Maddie to call from her phone. She does and Abby answers. Jill is annoyed that she answered. Maddie tells her they got a clean sweep. Holly says she loved Nia’s dance.