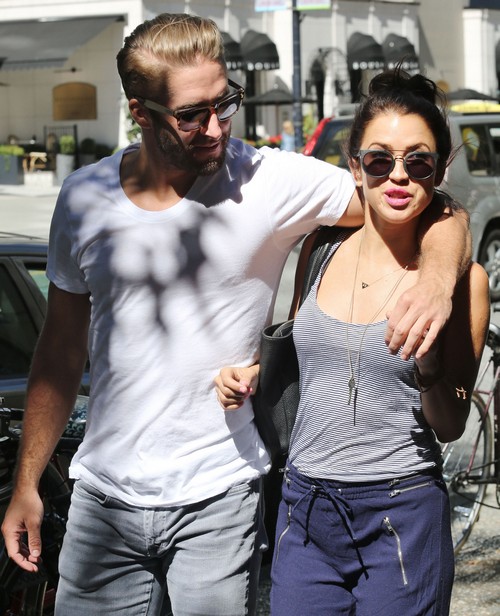 Dancing With The Stars 2015 spoilers confirm that the entire official Season 21 cast will be announced on ABC’s Good Morning America on Wednesday September 2. Although the roster of celeb dancers hasn’t been released yet – ABC has confirmed a handful of the stars that will be competing this season on DWTS, and it looks like fans of the show are in for a real treat!

Steve Irwin’s 17 year old daughter Bindi Irwin appeared on Good Morning America earlier this week and confirmed that she will be competing on Season 21. Along with Bindi Irwin, the following celebs have been confirmed members of this Fall’s Dancing With The Stars cast: Alexa and Carlos PenaVegas, Chaka Khan, and Triple-Crown winning jockey Victor Espinoza.

Although ABC hasn’t officially made an announcement, US Weekly has confirmed a few more members of the Dancing With The Stars cast. Backstreet Boys legend Nick Carter will be competing for the Mirror Ball Trophy, and the magazine also teases that Real Housewives of Atlanta star Kim Zolciak has been recruited as well. DWTS spoilers from US Weekly are also confirming that controversial chef Paula Deen will be dancing on Season 21 of Dancing With The Stars as well – we’re having a tough time buying that one though. It’s hard to believe a major network would touch her with a ten foot pole after her racial slurs scandal.

Dancing With The Stars casting rumors have been popping up left and right this month. Several big names have been tossed around – but no one is confirming them yet. Kaitlyn Bristowe and Nick Viall of the Bachelor franchise’s names have both been churned out by the rumor mill. Also, we could see Amanda Bynes and Demi Moore. Caitlyn Jenner’s name has been tossed around an awful lot too – but let’s be real, there is no way that one is happening. Caitlyn has much bigger fish to fry right now, and her diva demands are reportedly over the top, not casting her is actually a blessing in disguise for ABC.

Are you as excited as we are for the premiere of Dancing With The Stars Season 21 this fall? What do you think of the cast so far? Let us know in the comments below!