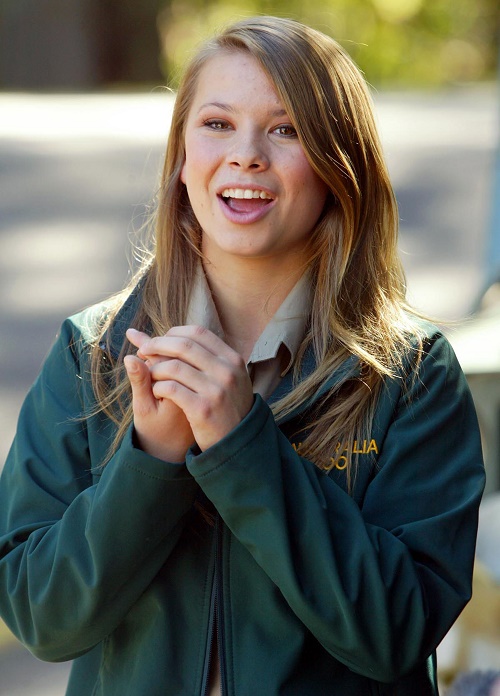 Season 21 of Dancing With The Stars is set to premiere on ABC on September 14; however, today on Good Morning America, the network unveiled one of their celebrity cast members. DWTS casting rumors have been floating around the internet for weeks, but we can officially confirm that 17-year-old Bindi Irwin will be starring on this fall’s cycle of the dancing competition. Bindi is the daughter of the late and great Steve Irwin, and has been following her father’s footsteps and advocating for animal rights.

Dancing With The Stars spoilers tease that Bindi Irwin has officially signed on to compete on Season 21 – and will be making her dancing debut during the premiere on September 14. Bindi sat down with the hosts of Good Morning America on Monday, August 24 to discuss her new gig – and dish on what she thinks DWTS has in store for her. Overall, Bindi is eager to start rehearsing. She joked to the GMA crew that the “judges scare her more than the crocodiles.”

Later in her Good Morning America interview, Irwin revealed that she has a boyfriend – wakeboarder Chandler Powell. There is no news yet on which pro dancer Bindi has been paired up with for Season 21 of Dancing With The Stars. But it will be interesting to see if it is one of the younger guys – and whether her relationship with Chandler will fall victim to the Dancing With The Stars curse. A lot of celebs start off the season with a significant other, but between the dating rumors and the flirting with their dance partners on stage, the relationships tend to crash and burn before the season is over.