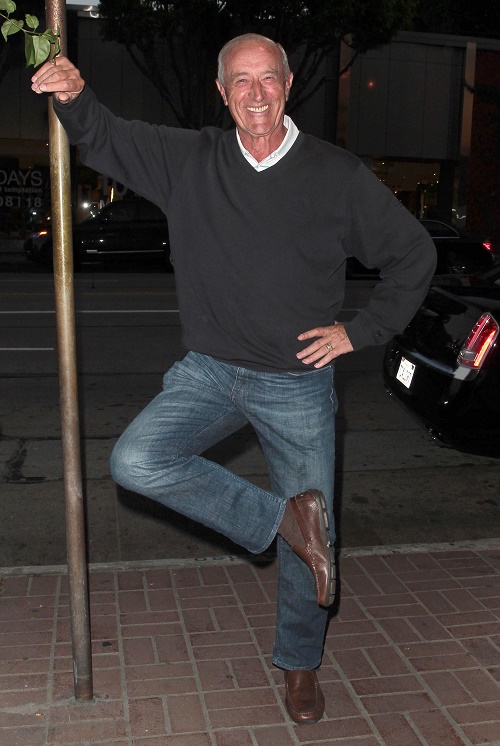 Dancing With The Stars Season 21 spoilers indicate that longtime judge Len Goodman has stepped down and will not be returning to the judges’ panel on the ABC dancing competition. Rumors have been floating around for months now that Goodman was quitting DWTS, and it looks like they have finally come to fruition. According to an official report from People Magazine, Len has decided to dedicate all of his time to the other show that he is working on, “Strictly Come Dancing.”

According to People Magazine’s report, Carrie Ann Inaba, Julianne Hough, and Bruno Tonioli will all be returning to the Dancing With The Stars fall season – ABC plans on announcing the official Season 21 cast on September 9. Executive producer Rob Wade announced that ABC was planning on adding some “great guest judges” to the judging panel to fill in for Len Goodman – but the Dancing With The Stars rumor mill indicates that they may have already found a replacement for him.

Word on the internet for months is that pro dancer Tony Dovolani will be taking over for Len Goodman – and when Good Morning America announced the pro dancing roster for Season 21 of Dancing With The Stars, Tony’s name was not on it – further implicating that he may have been added to the judges’ panel. Another name that has been tossed around as a possible Len Goodman replacement is Latin American dancing champion Michael Wentink.

It seems like Dancing With The Stars is always mixing up their cast of judges and hosts – so really they could have anything up their sleeve. The ABC producers may have tapped someone entirely different as a judge, someone who has never even been on the show before. What do you think, DWTS fans? Will you miss Len Goodman on the judging panel? Would you rather see Tony or Michael replace him? Let us know what you think in the comments below!