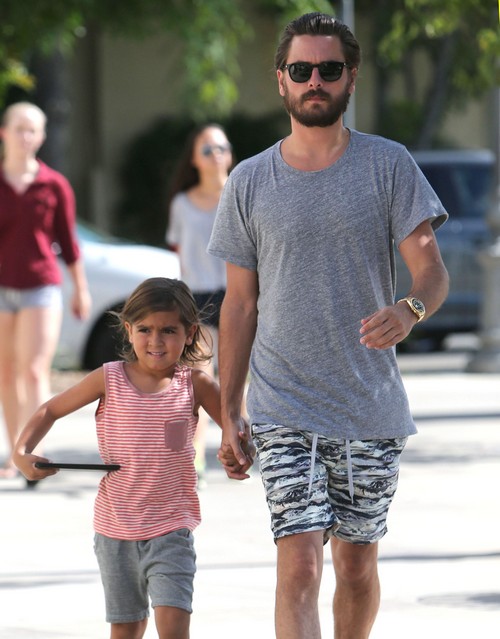 Will Scott Disick be there as Dancing With The Stars Season 21 unveil the all new cast of the reality TV dancing competition on September 14. Although the big day is still nearly a month away, casting rumors are already beginning to run rampant. According to the DWTS rumor mill, ABC has tapped Kourtney Kardashian’s ex Scott Disick to compete for the 2016 Mirror Ball.

The rumor originated on Hollywood Life, and has been gaining momentum over the course of the last week. Scott Disick rose to notoriety on Keeping Up With The Kardashians, and has been on a downward spiral since his very messy and very public break-up from longtime girlfriend Kourtney Kardashian. According to Hollywood Life’s sources, Scott Disick hopes to repair his tarnished image on Season 21 of Dancing With The Stars and win back Kourtney Kardashian in the process.

There is a very good chance that ABC and the Dancing With The Stars producers expressed interest in Scott Disick, after all both Kim Kardashian and Rob Kardashian have already appeared on the TV show. But, Scott is currently boozing and partying harder than ever before, and there is no way a live television show is going to take a chance on him. All they need is for Scott to take the stage drunk on a nationally televised episode of DWTS and make a complete mockery of the show. He’s a liability and too loose of a cannon, ABC isn’t going to touch him with a ten foot pole.

Besides, even if ABC did take a chance on Scott Disick – what are the odds of him even making it to rehearsals? The man can’t even commit himself to spending more than half an hour in rehab before he quits and checks himself out. Scott Disick wouldn’t last one day at a grueling DWTS rehearsal. Would you vote for Scott is he was on Season 21 of Dancing With The Stars? OR do you think this casting rumor is just that, a rumor, and never going to happen? Let us know what you think in the comments below!