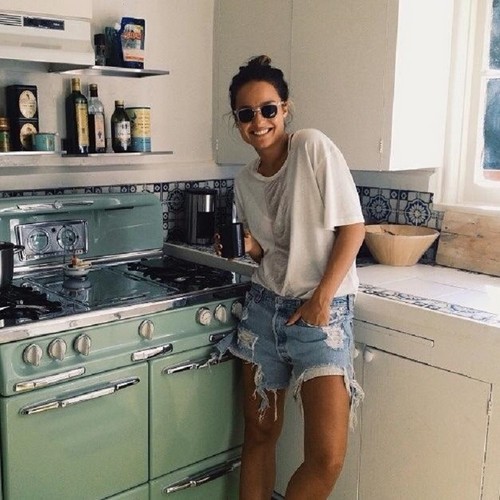 “Scott Disick and I are nothing more than just friends,” says Chloe Bartoli. Since Chloe Bartoli 25, was seen very cozy with Scott “The Lord” Disick, 32, in Monte Carlo her life has been a living hell causing her to go into hiding. Everywhere she goes people are yelling at her where ever she goes causing her to recluse. Chloe has been subject to crude and harsh treatment by the press and on her own personal social media pages. Chloe has been called everything from “home wrecker”, “desperate”, and a “Whore” and worse on her own instagram pictures.

Kourtney Kardashian 36, Scott’s girlfriend of nine years and mother of his 3 kids Mason, Penelope, and Reign, feels that her baby daddy Scott is owed all the blame. Chloe is adamant that it was platonic and nothing happened and the pictures were misleading. Scott is like a brother to her, he was super drunk the whole time in Europe and she took care of him. Chloe insists nothing happened and Scott and her are just best friends. The LA based stylist was seen getting very cozy with Disick on a European vacation. Bartoli says they did date back in the day before Kourtney who was home taking care of their kids started dating Scott.

Meanwhile in Kardashian land Kourtney can’t wait to start dating after her recent 2 week split from Scott. Starting over from a split is not easy but Kourtney who hasn’t dated in more than a decade is excited about meeting a guy who will treat her right. In the meantime, Kourtney is keeping herself busy shopping and filming. In the land of the Lord Disick, he will continue to work throwing parties and making appearances? Apparently, they say he has been in a black hole since the split with Kourtney and spiralling downward, but still making his appearances.

Scott’s friends fear for him and his hard partying ways with his drinking and substance abuse they are worried and think he needs help fast. Friday night, July 24, he is scheduled to be in Vegas again at 1OAK making an appearance after cancelling two club appearances at the last minute following his spit from Kourtney. Scott wants Kris Jenner to mediate any meetings between him and Kourtney so things won’t get out of control. Kourtney Kardashian is not taking any of Scott Disick’s crap anymore and he knows it. Well let’s see how all this will play out. Will Kourtney eventually take Scott back? Will Scott go to rehab? Poor kids.