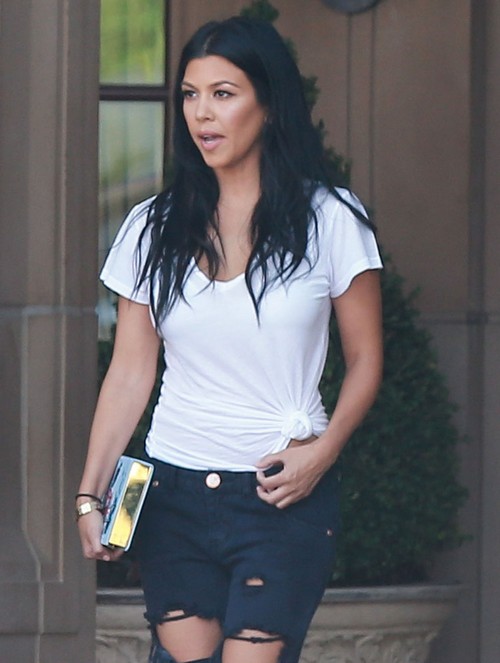 It has been about a month since reality star Scott Disick has seen his children, and it seems that Disick will not be seeing his three children, Mason, 5, Penelope 3, and Reign, 7 months, any time soon. This, of course, comes only a month after it was announced that Disick has been cheating on his long time girlfriend Kourtney Kardashian, and that Disick has fallen back into his old habits of substance abuse.

A source revealed, “Scott got back to L.A. Thursday. Obviously Scott wants to make it as normal as possible for his kids. They’re still very young but they’re not stupid. They know that dad is not home and they want to know where daddy is. They want to know when they can see daddy.”

At this point, Kourtney and her three children with Scott are most likely better off without Scott in their lives. Disick is headed on a downward spiral that is out of control and Kourtney does not need to involve her children in this matter. If Scott Disick really wants to help his children he should stay away from them until he is 100% better. After Scott gets his life together, he should return into his children’s lives. Until then, Disick will only be making things more difficult. Of course Scott is making no efforts to clean up so good luck to that idea. This makes two Kardashian men in a short period who apparently prefer drugs and partying to their women – maybe Scott and Lamar Odom should get together and try to figure how they got involve with the Kardashians in the first place.

What do you think? Will Scott Disick be able to mend things with Kourtney Kardashian and their three children together? Let us know in the comments below.