Kourtney Kardashian, Scott Disick Break Up Cheating Scandal Staged by Kris Jenner, Faked For Keeping Up With The Kardashians? 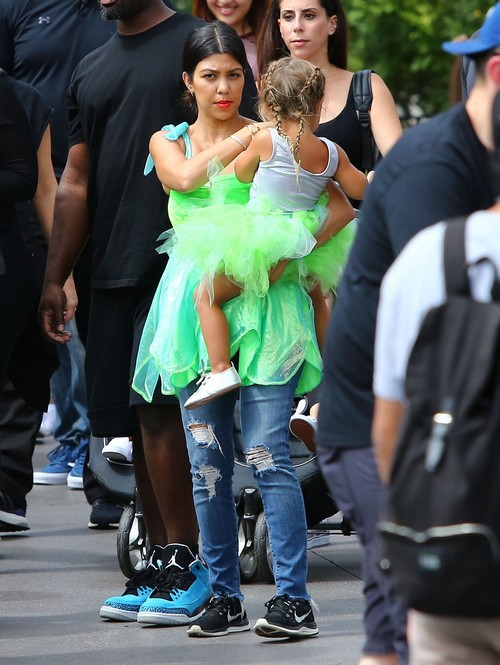 Is Scott Disick and Kourtney Kardashian’s break-up and cheating scandal completely fake?! Recently Scott Disick as caught cheating on his longtime girlfriend Kourtney Kardashian (again/still), and the Keeping Up With The Kardashians star promptly dumped him, and of course he had to check in to rehab for 30 minutes to get a grip on life. The entire Kardashian Family seems to be totally committed to the break-up story, but seeing as how they are currently filing a new season of their reality TV show – word on the Internet is that it is all a hoax for ratings!

This wouldn’t be the first time Kris Jenner orchestrated a fake story to promote Keeping Up With The Kardashians, and it certainly won’t be the last. Anyone recall Kim Kardashian’s fake marriage to Kris Humphries for example? Seeing as how Caitlyn Jenner has completely stolen the Kardashian Family’s limelight, Kris had to come up with something to create a buzz for the new season that they are filming. It seem to happen like clockwork, the family is always miraculously plagued by scandal when they are filming the TV show – and then people tune in to the new episodes to see how the drama all went down.

According to Naughty Gossip’s inside sources, Scott’s cheating and his break-up from Kourtney was completely staged! An insider dished to Naughty Gossip, “The split is staged. He has been filming this whole time and this is going to be a major storyline on the next season of the show. Everyone thought that Kourtney’s storyline had become dull so this will spice it up.” Hmm, kind of makes you wonder if Tyga’s transgender girlfriend Mia Isabella was also staged to spice up Kylie Jenner’s story?

Seriously, are there any lines the Kardashians won’t cross to remain in the spotlight? How did Kourtney and Scott even hatch up this plan? “Okay honey, go rub some sunscreen on your ex-girlfriend and I’ll take some pictures of you guys and then publicly dump you while you are checking in to rehab.” Do you think the entire scandal was staged? Share your thoughts and theories in the comments below!