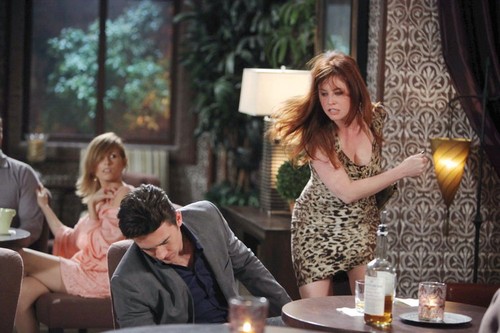 “Days of Our Lives” spoilers for Wednesday, August 26, tease that Chad (Billy Flynn) and Serena’s (Melissa Archer) evening will end in disaster. When Serena strutted into the club and found a slightly drunk Chad, the pair hit it off. Chad sure knows how to turn on the charm. Nevertheless, Serena will soon find out that Chad isn’t quite as charming once he’s had a few more glasses of scotch. Serena will eventually give Chad a massive slap right in front of the other patrons. Unfortunately, the night will only get worse from there. Later this week, Serena’s dead body will be discovered and Chad will become the focus of a police investigation. Stick with DOOL to see how Chad will handle the pressure.

Meanwhile, Caroline’s (Peggy McCay) health may start to decline. “Days of Our Lives” spoilers reveal that Hope (Kristian Alfonso) and Aiden (Daniel Cosgrove) will join Doug (Bill Hayes) and Julie (Susan Seaforth Hayes) in supporting Caroline. Maggie (Suzanne Rogers) and Victor (John Aniston) will also pitch in. We don’t know the details of Caroline’s condition, but it doesn’t sound good if that many people are stopping by late at night. It appears they’re all trying to comfort Caroline in any way they can. “Days” rumors hint that Caroline will hang in there, but her health will remain a central storyline in the coming weeks. 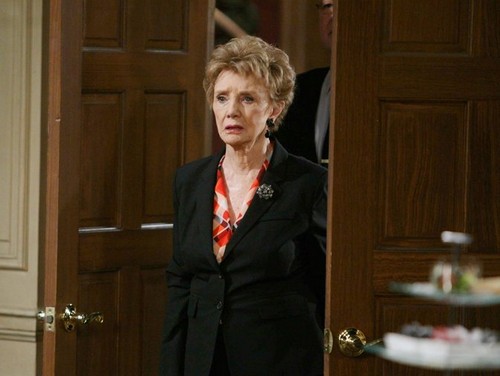 Other DOOL spoilers say Will (Guy Wilson) and Paul (Christopher Sean) will have a major confrontation. When Will was chatting with Abigail (Kate Mansi), he seemed to be doing fairly well considering Sonny (Freddie Smith) just left him for a job in Europe. However, Will is about to return to his tried-and-true method of blaming others when things go wrong. You can expect Will to give Paul an earful about driving Sonny out of town. Paul may have played a supporting role in Sonny’s decision to leave Salem, but Will really has no one to blame but himself. Stay tuned to “Days of Our Lives” to see if Paul will push Will to take some responsibility for his actions.

So “Days” fans, what do you think about the news that Serena will slap Chad when his charm turns to sleaze? Will Caroline’s family and friends get updates on her deteriorating condition? Will Paul and Will ever stop bickering? Let us know what you think in the comments below and don’t forget to check CDL often for the latest “Days of Our Lives” spoilers, rumors, updates and news.