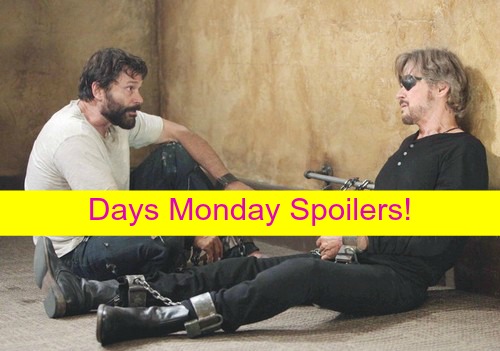 “Days of Our Lives” spoilers for Monday, October 26, reveal that Steve (Stephen Nichols) will have to give Bo (Peter Reckell) some terrible news. Bo was trying to make it home to Hope (Kristian Alfonso) before he was captured once again.

As if that wasn’t bad enough, Bo’s about to learn that the woman he loves is marrying another man. After Steve fills him in on shady Aiden (Daniel Cosgrove) and the upcoming wedding, Bo will resolve to get back to Salem before it’s too late. Steve and Bo will put their heads together as they try to get out of this mess. Keep watching DOOL to see what they come up with.

Meanwhile, Hope will have to deal with a mess of her own. It seems Hope’s bachelorette party will get a little out of hand. Someone apparently decided a male stripper or two would be a nice addition to the shindig. Unfortunately, “Days” spoilers tease that things will go a bit too far. 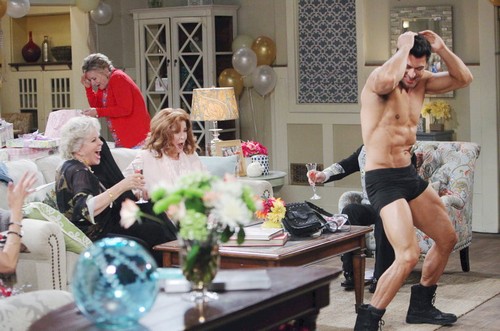 It should turn out OK though. Julie (Susan Seaforth Hayes) will be there to do some manhandling. When a stripper crosses the line, Julie will take matters into her own hands by bashing him over the head with a bottle. Julie has been all about Zen lately, but you don’t mess with her family.

Speaking of family, it appears Abe (James Reynolds) might be adding a relative to the Thanksgiving table. “Days of Our Lives” spoilers indicate that Abe will be stunned by what he finds on Lani’s (Sal Stowers) computer. Lani already made it clear that she’s done her research on Abe. 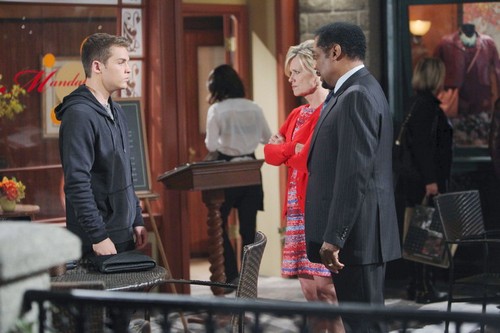 Perhaps Abe will realize that Lani knows even more than he thought. Of course, it’s doubtful that Lani is a creepy stalker. Instead, DOOL rumors hint that Lani is actually Abe’s long-lost daughter. It sounds like Abe could be in for quite a shock. Stick with “Days of Our Lives” for updates on this potential family reunion.

So “Days” fans, what do you think about Steve’s upsetting news for Bo? Will they be able to stop Hope from marrying Aiden? Will Julie take care of business at the bachelorette party? Will Lani end up being Abe’s daughter? Let us know what you think in the comments below and don’t forget to check CDL often for the latest “Days of Our Lives” spoilers, rumors, updates and news.