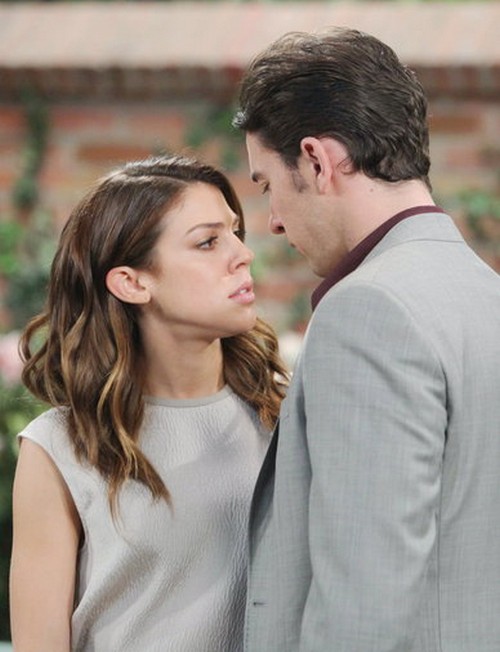 “Days of Our Lives” spoilers for Monday, June 8, hint that Eric (Greg Vaughan) won’t be convinced Serena (Melissa Archer) is telling him the whole story. Eric will insist that Serena needs to come clean about everything that’s gone on with Xander (Paul Telfer). However, it’s doubtful that Serena will really open up about smuggling diamonds into Salem. If the details of what went down are going to be revealed (and we know they will), they’ll likely come from someone else. Nicole (Arianne Zucker) is closing in on Serena’s secret fast and it won’t be long until the truth is brought to light.

Other DOOL spoilers tease that Abigail (Kate Mansi) will have to deal with the aftermath of her decision. Once Abigail sleeps with Chad (Billy Flynn), she’ll be devastated by what she’s done. Abigail is committed to Ben (Robert Scott Wilson), but it’s clear that he doesn’t float her boat quite like that suave DiMera. With Chad, Abigail feels an animalistic attraction she just can’t deny. Abigail will probably say it was a mistake to sleep with Chad and she may be right. Chad will soon begin to put some distance between them to protect her from the evil plans of his father. Stefano (Joseph Mascolo) always has something sinister up his sleeve and Chad won’t allow Abigail to get hurt.

Nevertheless, it doesn’t look like DOOL fans’ dreams of a “Chabby” reunion are entirely dashed. “Days” rumors indicate that Abigail may realize what Chad is doing and decide their love is worth the risk. Chad and Abigail will face plenty of obstacles in the coming weeks, but perhaps they can figure out a way to overcome them together. Stay tuned to “Days of Our Lives” to see what the future holds for Abigail and Chad.

Meanwhile, Ben will have a chat with Clyde (James Read) about his relationship struggles. Ben has witnessed Abigail and Chad’s magnetic connection. It’s clear that something is going on between them and Ben can feel Abigail slipping away. “Days of Our Lives” spoilers reveal that Clyde will remind Ben of the threat Chad poses. Chad has had his eye on Abigail for months and DiMeras usually get what they want. Stick with the NBC soap to see what Ben will be willing to do to hang onto his love.

So “Days” fans, what do you think about the news that Eric will feel Serena is still hiding something? Will Nicole expose Serena and Xander’s secret? Will sleeping together lead Chad and Abigail to make some updates to their relationship? Will Ben confront Chad about his intentions? Let us know what you think in the comments below and don’t forget to check CDL tomorrow for the latest “Days of Our Lives” spoilers, rumors, updates and news. 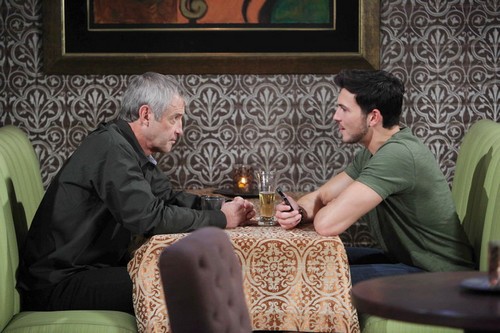