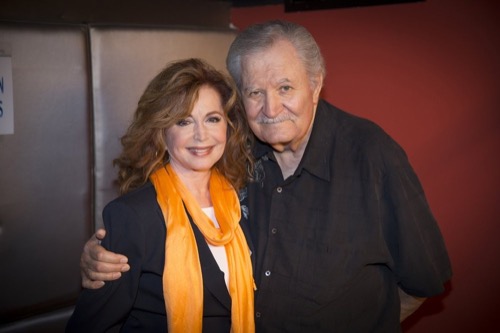 “Days of Our Lives” spoilers hint that danger is on the way for one Salemite. It appears that Sonny (Freddie Smith) will be brutally attacked on an upcoming episode. We still haven’t seen confirmation that Clyde (James Read) is truly dead and it’s likely that he coordinated the assault. The Poplar Bluff native may have survived the bullets sent by Victor (John Aniston) and could be seeking revenge. It makes sense that Clyde would go after someone near and dear to Vic’s heart. Nothing would hurt the Kiriakis patriarch more than to see his grandnephew clinging to life.

The news of Sonny’s attack comes as quite a shock to many DOOL fans. It’s safe to say that everyone in Salem will react the same way. With Sonny’s life hanging in the balance, Will (Guy Wilson) is sure to feel guilty about his recent romp in the sheets with Paul (Christopher Sean). “Days of Our Lives” spoilers also tease that Adrienne (Judi Evans) will lean on Lucas (Bryan Dattilo) for support in her time of need. The attack’s ripple effect will continue as Justin (Wally Kurth) returns to Salem in the near future. “Days” viewers were hoping for some excitement for February sweeps and they certainly won’t be disappointed as Sonny fights to survive.

Looking ahead a little further, it seems Victor will issue yet another deadly order. “Days of Our Lives” spoilers reveal that he’s on a mission to take someone down. If Clyde’s still alive after the first attempt on his life, there’s a good chance that Vic won’t leave business unfinished. The hillbilly with an attitude could find himself looking down the barrel of gun once again and this time, he might not be so lucky. Victor places a high value on family and no one is going to hurt a Kiriakis without paying a price. Keep watching DOOL to see how he handles the situation.

So “Days” fans, what do think about the brutal attack on Sonny? Did Clyde survive the shots and send his minions for vengeance? What do you think the impact will be on all the current storylines? What about Victor’s new deadly order? Will it put an end to the feud once and for all? Let us know what you think in the comments below and don’t forget to stop by CDL tomorrow for the latest “Days of Our Lives” spoilers and news.