‘Days of Our Lives’ Spoilers: Paul’s Shocking Confession, Serena Up To No Good, Clyde Shot and Left For Dead? 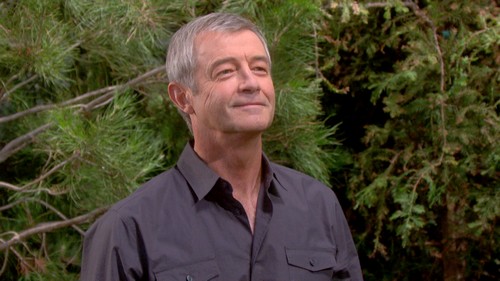 Monday January 26: “Days of Our Lives” spoilers tease that on Monday’s episode of the NBC soap shots will be fired in Salem, and someone will be left for dead. Although DOOL spoilers have not confirmed nor denied who is getting shot, or who is doing the shooting – rumor has it that the victim will be Clyde, and considering how many people he has rubbed the wrong way, we would be shocked if it wasn’t.

Tuesday January 27: “Days of Our Lives” spoilers for January 27th reveal that DOOL fans can expect to see Abigail Deveraux ask Victor Kiriakis for a huge favor, and spoilers tease it has something to do with her ongoing feud with Chad DiMera. Meanwhile, Chad’s dad Stefano continues to encourage him to get revenge on Abigail for sleeping with his late brother EJ. Meanwhile, Kate Roberts gives Sonny some advice on his marriage.

Wednesday January 28: On Wednesday’s episode of “Days of Our Lives” spoilers tease that Paul Narita makes a shocking confession to Will about his ex Sonny, which only complicates matters in the growing love triangle between Sonny’s husband and his ex-boyfriend.

Thursday January 29: According to “Days of Our Lives” spoilers for January 29th, DOOL fans can expect to see Brady and Melanie go on their first official date as a couple – and it turns out to be a complete disaster. Also, Melanie overhears Theresa Donovan’s new boyfriend Clint on the phone, and realizes that he is up to something.

Friday January 30: When Melissa Archer arrived in Salem as Serena Mason, DOOL spoilers teased that she may be in town with ulterior motives, and fans can expect some light to be shed on her motives on the January 30th episode of the NBC soap. Also, spoilers tease Theresa Donovan learns that Brady and Melanie are dating, and the news does not go over well.

So Days fans, who do you think gets shot this week? Is it Clyde, if so then who shoots him? What do you think Abigail needs from Victor? What will Theresa do when she learns that Brady and Melanie are together? And, what do you think Serena Mason is up to? Let us know what you think in the comments below and don’t forget to check CDL tomorrow for more “Days of Our Lives” spoilers and news.