Days of Our Lives Spoilers: Kassie DePaiva OUT At DOOL – Is Eve Donovan Leaving Salem Alive or Dead? 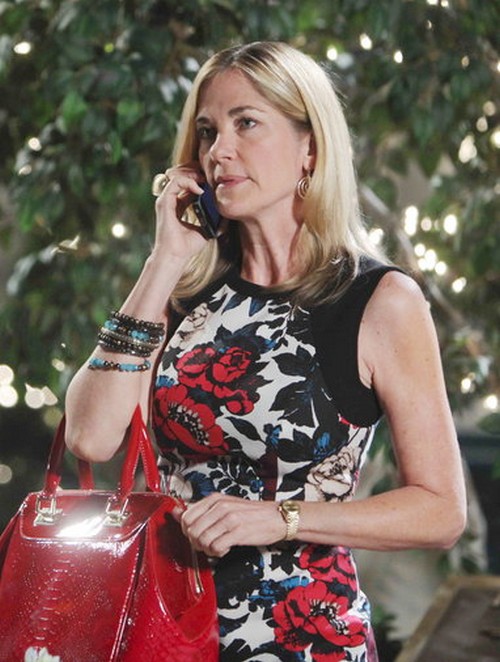 “Days Of Our Lives” spoilers are shocked to announce that Kassie DePaiva is OUT at the NBC soap opera, and her character Eve Donovan is finished. Just Yesterday CDL confirmed that Shawn Christian was fired and Dr. Dan Jonas will be killed off. Recently on DOOL, Eve’s daughter Paige (True O’Brien) was killed off and became a victim of the Salem serial killer, but according to “Days of Our Lives” spoilers Eve’s death will not be related to the current murders on the NBC soap opera. Ironically just yesterday news broke that Shawn Christian is also on his way out of DOOL, there is no news yet on whether Dr. Daniel and Eve’s deaths will be related.

According to an all new report from Serial Scoop, “Kassie DePaiva is leaving Days of our Lives and the role of Eve . She joined the NBC soap opera early last year, making her first onscreen appearance in the July 18, 2014 episode. Charlotte Ross previously played the role of Eve from 1987-1991. Since Days tapes so far ahead, DePaiva will remain onscreen for several more months. She has a big story coming up with A Martinez, who is joining the show as Eduardo, Eve’s ex. We also know, thanks to a recent DePaiva interview, that she will be singing on the Days Christmas episode.”

It is unclear whether Kassie DePaiva decided she wanted to quit “Days of Our Lives” or it was the producers’ idea to write Eve out of the storyline. DePaiva has been a soap opera alum for years, and also has starred on “One Life TO Live,” “General Hospital,” and “Guiding Light.” It is possible that Kassie received an offer that she couldn’t refuse from another soap opera and decided to jump ship at NBC. More likely Eve and Kassie are victims of the massive changes DOOL’s new writers are working into the formerly stagnating (ratings-wise we mean) soap.

Are you as shocked as we are by Kassie DePiva’s exit? How do you think the “Days of Our Lives” writers will handle Eve’s departure – will they kill her off or will she leave town? Let us know what you think in the comments below and don’t forget to check CDL tomorrow for more “Days of Our Lives” spoilers and news.