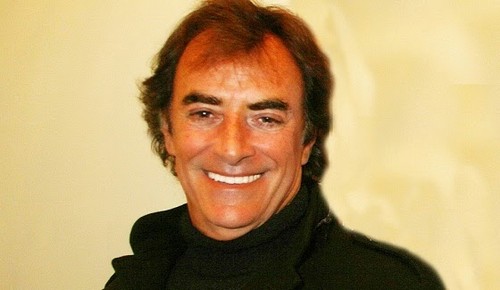 “Days of Our Lives” spoilers tease that the serial killer will strike again. However, it looks like something will go wrong with his or her latest attempt. Marlena (Deidre Hall) will be attacked, but somehow she’ll manage to survive. Perhaps the killer will get interrupted and someone else will become a victim. Whatever the case, we know that there will be a big reveal involving the killer on Thursday, September 24.

It feels a little soon to be exposing the true killer’s identity, which means this could be a red herring. Then again, DOOL has been doing a great job with managing the pace of this storyline. Maybe they just want to make sure they continue that pace by giving “Days” fans plenty of twists and turns. The timing of the reveal is raising a few eyebrows as well. Thaao Penghlis is set to reprise his role as Andre DiMera the next day. Now that might be a coincidence, but there’s also a chance that it’s significant.

In fact, there are rumors that suggest Andre has been right under our noses the whole time. It might seem farfetched, but there’s been some speculation floating around that Andre began posing as Clyde (James Read) after the latter was shot. Perhaps Clyde really did die that day in the snow and Andre assumed his identity. If that turns out to be true, it would mean Andre has been wearing a very realistic mask to fool everyone.

In the soap world, this theory is actually plausible. “General Hospital” pulled something similar not too long ago. The mask idea would fit perfectly for Andre’s character on “Days.” At Stefano’s (Joseph Mascolo) urging, Andre once posed as Tony (Thaao Penghlis) and wore a mask resembling Roman (then played by Wayne Northrop) for a killing spree. That was back in the early 80s. It would be remarkably appropriate if Andre once again became a murderer in a mask. After all, we’re rapidly approaching DOOL’s 50th anniversary. It would be an awesome nod to the past.

As for motive, Andre might have heard the news about Abigail’s (Kate Mansi) valuable land. By pretending to be Clyde, he could get his hands on it through Ben (Robert Scott Wilson). Andre might be trying to pin all of this on Chad (Billy Flynn) because he thinks of him as a lesser DiMera. The mask setup could also explain Clyde’s exit. We know that Clyde’s last episodes of “Days of Our Lives” should air around late September or early October. Most of the other departing characters have been confirmed (or practically confirmed) dead beforehand, but everyone’s been pretty tight-lipped on how Clyde leaves.

With Stefano’s health deteriorating, Andre could decide it’s time to let Clyde disappear and emerge in Salem as a DiMera. Like Stefano said, blood is blood. We could even see him bounce back and forth between the two identities for a while. Of course, there’s a good possibility Andre will turn out to be his identical cousin, Tony, down the road, but that’s another story entirely.

The rumors say the NBC soap is about to have some fun with the mystery in the coming weeks. Andre may not be as guilty as he seems. An even bigger reveal is slated for the week of November 9-13. Maybe Andre will just be an added distraction that’s meant to throw us off from the real killer. Only one thing’s for sure: you should expect the unexpected. Stick with “Days of Our Lives” for updates on how this storyline will develop.

So “Days” fans, what do you think about the killer’s next attack? Will viewers be clued in on the killer’s identity? Could there be more to Clyde than meets the eye? Will Andre bring more secrets to Salem? Let us know what you think in the comments below and don’t forget to check CDL often for the latest “Days of Our Lives” spoilers, rumors, updates and news.