‘Days of Our Lives’ Spoilers: Martha Madison Back as Belle, Will Matthew Ashford Return as Jack for DOOL 50th Anniversary? 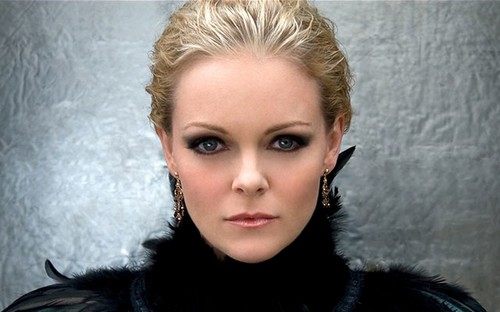 “Days of Our Lives” spoilers tease that plenty of fan favorites are returning for DOOL’s 50th anniversary this fall. We already know to expect Bo Brady (Peter Reckell), Steve “Patch” Johnson (Stephen Nichols) and Andre DiMera (Thaao Penghlis). There was also some news on Jason Cook’s return to the role of Shawn-Douglas Brady, which means Martha Madison will likely reprise the role of Shawn’s wife, Belle. On her Twitter account, Madison recently followed Jason Cook as well as “Days of Our Lives” head writers, Josh Griffith and Dena Higley. That looks like a telltale sign that Madison will soon be confirmed.

“Days” has been trying to stagger their return announcements to keep the momentum building as we get closer to November. However, there’s one confirmation that many DOOL viewers have been anxiously awaiting. The question is: will they bring back Jack Deveraux (Matthew Ashford)? Fans have even taken to Twitter to voice their desire to have Jack back in Salem. The hashtag “#BringBackJack” is frequently used to drum up support. In April, Matthew Ashford told Daytime Royalty that he was open to returning, but he hadn’t been asked. Letting the 50th anniversary go by without a Jack sighting seems like a missed opportunity, especially if the actor is willing to commit. On the other hand, it’s possible that Ashford has started taping since that interview and is under strict orders to stay silent.

Jack met his untimely end in an elevator crash, but we never saw the body on screen. Of course, that doesn’t really matter anyway. “Days of Our Lives” has a history of bringing back characters that have been killed off, including the often revived Stefano DiMera (Joseph Mascolo). Most DOOL watchers are more than willing to suspend their disbelief if it means seeing a familiar face. There are a number of ways Jack could return from the “dead.” Perhaps it could tie into Stefano’s secret plan that involves Abigail (Kate Mansi). Stefano has been known to hold people hostage over the years. The DiMera patriarch could’ve paid off the coroner and ordered someone to snatch Jack. Jack could still be hidden somewhere for a reason we might get filled in on later.

Another option would be that Jack faked his death to protect his family somehow. Why not? After all, Jack has done it before. Maybe Jack just took advantage of a convenient opportunity. Jennifer (Melissa Reeves), JJ (Casey Moss) and Abigail might be more forgiving if they knew Jack had stayed away for all these years to keep them safe or spare them a great loss. If nothing else, Jack could appear as a friendly apparition to offer guidance to his loved ones. Anything is possible on a soap. Whatever the case, everyone will keep watching and waiting for more announcements on what’s to come. The rumors say there will be some knock-your-socks-off surprises this fall. We’ll give you updates if there’s any official confirmation on Matthew Ashford’s return.

So “Days” fans, what do you think about the idea of Matthew Ashford coming back? Would you like to see Jack return to Salem? Do you have any other characters you’re hoping to see pop up soon? Let us know what you think in the comments below and don’t forget to check CDL tomorrow for the latest “Days of Our Lives” spoilers, rumors, updates and news.