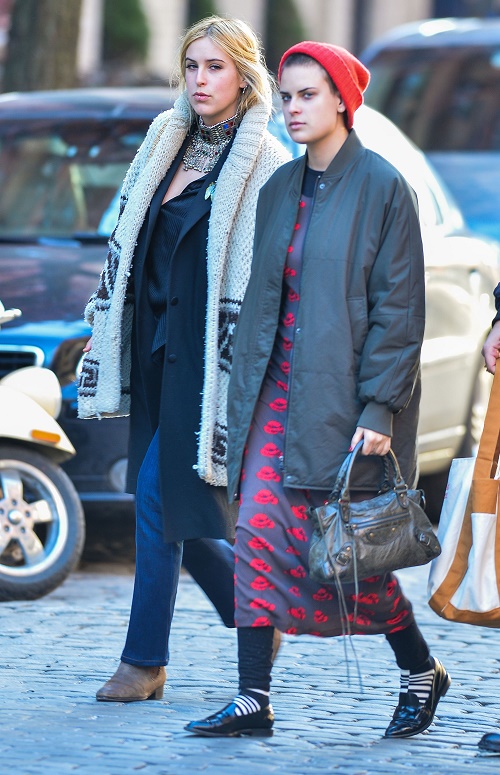 Is Demi Moore and Bruce Willis’s daughter Tallulah a lesbian? There have always been whisperings about Tallulah’s sexuality – although she and her family have never confirmed or denied the rumors that she was a lesbian. According to a new report, the reason Tallulah hasn’t confirmed or denied her sexuality is because she isn’t even sure if she liked girls or boys – and apparently she is bi-curious.

The April 13th edition of Star Magazine reveals that after Tallulah’s recent rehab stint she met a group of lesbians, and they have taken her in under their wings and are helping Demi’s daughter discover herself and her sexuality. An inside source snitched to the magazine, “Tallulah fell in with a group of lesbians and she is loving it. It’s an eclectic bunch, but they are genuine and cool and totally accepting of Tallulah. She is exploring her sexuality and she is intrigued by her new friends, but she isn’t dating anyone right now.”

So, what does Tallulah’s mother Demi Moore think of her daughter being bi-curious? Well, they’re actually getting along better than ever – probably because Tallulah doesn’t have to worry about her mom stealing the guys in her life like she does to her sister Rumer. According to Star Magazine, not only is Demi and Tallulah’s relationship amazing right now – but Demi totally supports her daughter’s quest to discover her sexuality. And the 52-year-old actress even took her daughter to a gay bar called Roosterfish in Venice Beach. Star’s source gushed that, Demi is “open-minded” about Tallulah’s sexual preferences and is just happy that her daughter is healthy.

Demi Moore loves being the center of attention, as much as we would like to think that she is supporting her daughter Tallulah – she most likely has ulterior motives. Of course, her bi-curious daughter is going to make headlines, so why wouldn’t Demi try to get in on the tabloid action and go to a gay bar with her? Do you think Demi really is supporting Tallulah or is she just using her daughter being bi-curious as an excuse to stay relevant? Is Demi going to suddenly decide she is bi-curious too and start stealing Tallulah’s girlfriends? Let us know what you think in the comments below!