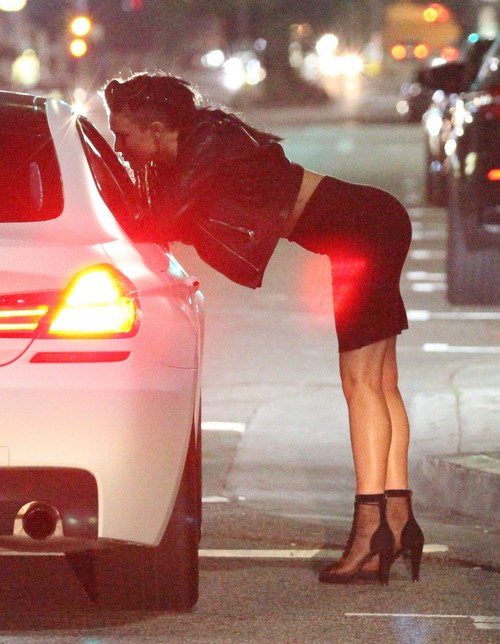 Rumer Willis has some major competition – and we aren’t talking about the other Dancing With The Stars couples. Rumer Willis and her mother Demi Moore are reportedly fighting over pro dancer Val Chmerkovskiy, and caught up in a messy love triangle. Rumer Willis’s romantic life is dismal, courtesy of her cougar mom Demi Moore who thinks that all of her daughter Rumer’s boyfriends and crushes are fair game. Demi’s “May the best woman win” attitude has created a major feud between herself and her daughter Rumer over Val Chmerkovskiy.

Demi Moore has stolen Rumer’s much younger boyfriends in the past, like Vito Schnabel, Harry Morton, and Rumer even liked her current boyfriend Sean Friday before her mom swooped in and decided to claim Friday has her own personal boy toy. Now, according to a new report in Star Magazine, Demi is determined to steal Val Chmerkovskiy from her daughter Rumer! Star teases, “Rumer Willis is locked in a twisted tango with her mom Demi Moore as they both vie for the attention of Rumer’s hunky Dancing With The Stars partner Val Chmerkovskiy.”

According to Star Magazine’s inside sources, Rumer has a huge crush on Val – but so does her mom! The DWTS insider snitched to the tabloid, “Rumer has a crush on him. He’s sweet and handsome – that’s attractive to any woman. Demi coos about how gorgeous Val is and tells Rumer to invite him over to dinner. It gets under Rumer’s skin because Demi has stolen her man before. It gets complicated between them.”

We have always known Demi Moore has some serious issues, but it literally blows our minds that a woman in her 50’s feels the need to compete with her own daughter over men. Have you been watching this season of Dancing With The Stars? What do you think of Rumer and Val’s chemistry – does she have a chance with the pro dancer? Would Val ever fall for Cougar Demi? Rumer is obviously the more logical choice for Val – but her mother Demi’s star power could boost his TV career and help him become the super star he dreams of being. Let us know what you think in the comments below!

“Dancing With the Stars” contestants Rumer Willis and Peta Murgatroyd enjoy a night out at a secret nightclub on Fairfax Ave on March 23, 2015 in Los Angeles, California. Peta was accompanied by her boyfriend Maksim Chmerkovskiy: FameFlynet