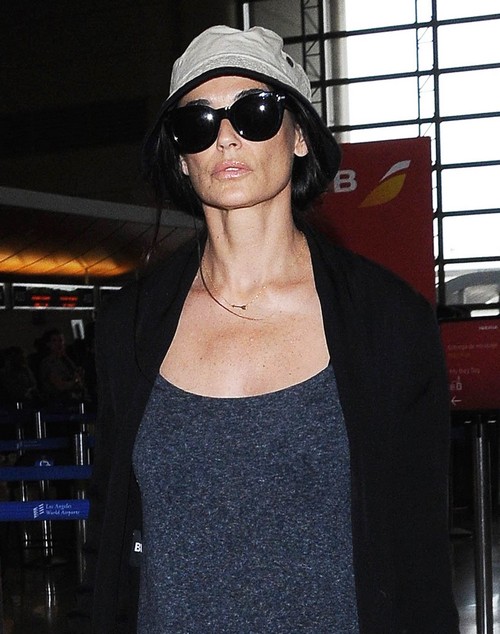 Demi Moore just can’t stand to let her daughter Rumer Willis have anything. The actress is reportedly campaigning for a spot on Season 21 of Dancing With The Stars on ABC. Apparently after watching her daughter Rumer win the Mirror Ball Trophy and Season 20 DWTS championship, Demi was green with envy. Shocker. Seriously, Demi needs therapy – there is no reason any mother should be that competitive with her own children.

Demi is reportedly in talks with ABC, and her spot on the Season 21 cast of Dancing With The Stars is practically a done deal. An insider dished to Naughty Gossip, “Demi is in talks with ABC to join the next season of DWTS. She thinks it could be a great platform for her to make a comeback. She wants to be as relevant as possible in the coming year.”

Rumer Willis’s stint on Dancing With The Stars made her the talk of the tabloid and internet for weeks, which most likely caused her jealous and insecure mother to have a meltdown. Now, Rumer and her sisters Tallulah and Scout are reportedly in the process of landing their own Kardashian-esque reality TV show. So, it seems fitting that Demi has decided to “make a comeback” now. How dare her daughters get more attention than she does? Then again the fact that Ashton Kutcher just married Mila Kunis in a private wedding probably isn’t helping matters either – if someone doesn’t pay attention to Demi Moore soon all hell is going to break loose.

For years Demi Moore and Rumer Willis’s mother/daughter relationship has baffled us. How could a mother feel that threatened by her own flesh and blood? And, why is she always trying to one up Rumer, rather than support her and be proud of her accomplishments? Seriously, Rumer deserves some sort of lifetime achievement award for dealing with Demi. Do you think Demi Moore could win Dancing With The Stars like Rumer did? Or is this a disaster waiting to happen? Let us know what you think in the comments below!