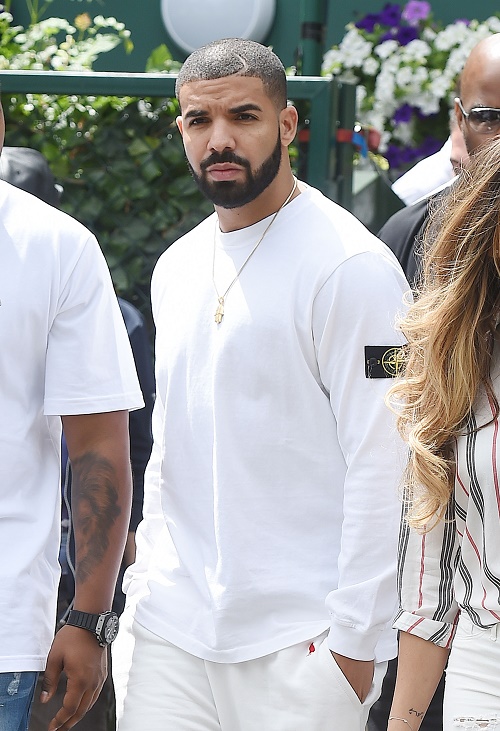 The feud between Drake and Meek Mill isn’t even a fair fight at this point. Drake has zero chill though and continues to roast his fellow rapper. Despite the fact that Meek Mill is still the laughing stock of the internet, Drake fired yet another shot at the Philly rapper during his OVO concert on Monday August 3. And Kanye West and Will Smith got in on the fun backstage – it’s safe to say they are Team Drake.

Drake took the stage in Toronto at his OVO concert amidst his feud with Meek Mill and continued to publicly annihilate his fellow rapper. Here’s a quick recap on the Meek and Drake feud. It all started on Twitter when Meek called Drake out for hiring a ghostwriter and not writing his own songs, all because he was upset that Drake didn’t help him promote his new album. Drake fired back and released TWO diss songs against Meek – “Charged Up” and “Back To Back.” Meek responded with a diss track called “I Wanna Know,” which was a huge flop, and the internet basically roasted Meek for the song.

At the OVO Festival, Drake performed both of his diss songs about Meek, all while a slideshow of all of the internet memes mocking Meek Mill played in the background. To add insult to injury, Drake rocked a T-shirt during the performance that read “Free Meek.” As if Drake and the entire internet making fun of Meek wasn’t bad enough – now Kanye West and Will Smith are getting in on the action. A video has surfaced of Kanye and Will hanging out with Drake backstage at OVO Festival, and they are all laughing hysterically while they look at Meek Mill memes on Smith’s phone. Ouch.

At this point, Meek Mill should probably just change his name – the odds of anyone coming back after this are slim to none. Are you Team Drake or Team Meek? How funny is it that even Will Smith and Kanye West are mocking Meek Mill? Do you think Drake has taken it too far? Let us know what you think in the comments below!