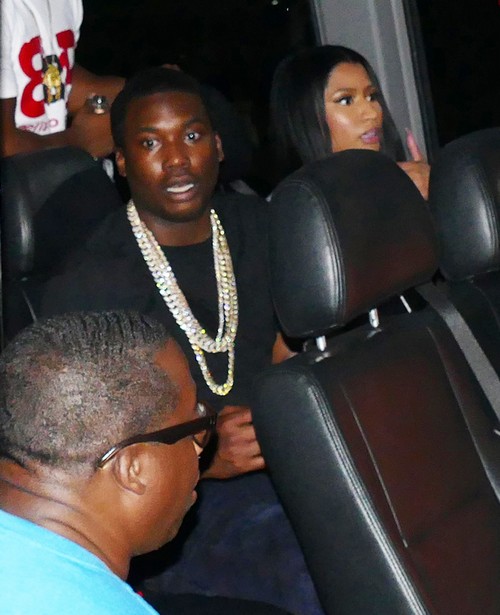 What’s up with all of the Twitter bee lately? First we reported that Nicki Minaj and Taylor Swift got into a minor Twitter feud, and now rapper Meek Mill has blasted Drake on Twitter for allegedly using a ghostwriter.

Meek Mill, who was disappointed with the nominations for the MTV Video Music Awards took to Twitter to let out his frustration, and much like his other half Nicki Minaj, Meek Mill did not hold back and immediately called out Drake.

Meek Mill writes, “Stop comparing drake to me too… He don’t write his own raps! That’s why he ain’t tweet my album because we found out!” Really Meek? You’re calling out Drake because he didn’t promote your album? That seems a little childish don’t you think?

This was not the end of Meek Mill’s rant. After his initial tweet, Meek Mill decided to go further and say that everyone in the music industry knows that Drake does not write his own raps. “The whole game know forreal they scared to tell the truth! I can’t wait til these guys sit back and act like they don’t know!”

We think the real issue here is that Drake is featured on Meek Mill’s song “R.I.C.O.,” and most people agree that Drake has the best verse on the song. Now, Meek Mill is saying that Drake did not even write his own verse to “R.I.C.O.”

“He ain’t even write that verse on my album and if I woulda knew I woulda took it off my album…. I don’t trick my fans! Lol,” added Meek. Also, we apologize if reading these tweets lowers your IQ.

Of course, there are always skeptics and many of those people are pointing to another Toronto based writer named Tory Lanez, and crediting all of Drakes verses to him.

Look up Tory Lanez and listen to some of his music, then come back and let us know what you think. Is Tory Lanez writing Drake’s music, or is Meek Mill just holding a grudge because Drake received more nominations at the 2015 MTV Video Music Awards? Let us know in the comments below.

Update: Bad luck for Drake – Meek Mill is right on – and it looks like Drake’s ghostwriter is… Quentin Miller according to TMZ.