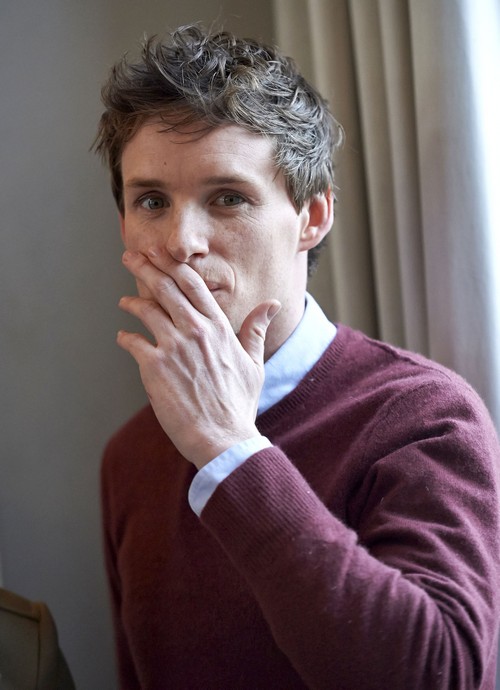 British actor Eddie Redmayne may have just received a slew of praise and awards for his performance in “The Theory of Everything,” but word is, his next project will be just as magical.

The Oscar winner is reportedly being looked at to star in the upcoming spinoff of Harry Potter, “Fantastic Beasts and Where to Find Them.” The film is inspired by the textbooks that the students read at Hogwarts, which were frequently referenced in the Harry Potter series.

According to Variety, Redmayne is director David Yates number one choice for the lead role of Newt Scamander, who is the author of the textbooks. While sources are unaware if Yates and Redmayne have met to discuss working on the project together, they have said that he has yet to receive a script.

Harry Potter author, J.K. Rowling will be writing the script herself, marking her first time writing for the big screen. Apparently Warner Brothers has faith in her, as they are hoping to turn this series into a trilogy, and Rowling agrees with their vision.

Warner Bros. has declined to comment on the rumors, but TheWrap has confirmed the interest thanks to a trusted source.

While Eddie Redmayne is the number one contender for the role, Nicholas Hoult is said to be in the running as well. Sources are stating that Warner Bros. executives loved his performance in Mad Max: Fury Road, and would love to have him be a part of Fantastic Beasts.

One thing is sure, no matter who stars in Fantastic Beasts and Where to Find Them, the movie will be a hit. With a franchise like Harry Potter backing you, and the author of the books, J.K. Rowling herself, penning the script, it is easy to say this trilogy will be just as magical as the original Harry Potter movies themselves.

The first film of the Fantastic Beasts trilogy is expected to be released in November, 2016, with the two other films following in 2018, and 2020.

Do you agree that Fantastic Beasts will do just as well as the Harry Potter series, or do you think the magic died long ago?