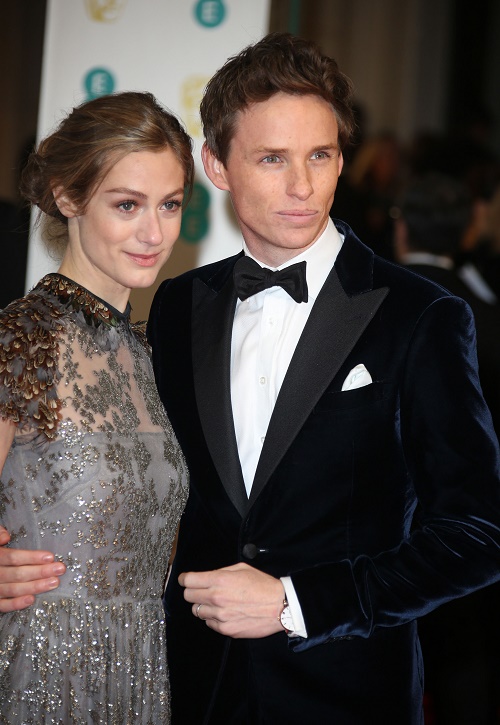 Model Cara Delvingne has got game! Cara Delevingne is reportedly going after actor Eddie Redmayne with her powers of seduction, hoping to add him to her little black book of successful sexual conquests. The openly bisexual Victoria’s Secret model reportedly has a little black book full of all of the famous men and women that she has slept with – from actress Michelle Rodriguez to One Direction’s Harry Styles, and Delevingne seems determined to double her stats in 2015. But, Cara has no shame in her game, nor any standards – because she is reportedly trying to bag a married man!

According to the February 16th edition of Star Magazine, Cara Delevingne has set her sights on actor Eddie Redmayne. Star explains, “Cara recently took things to a whole new level when she began pursuing newly married actor Eddie Redmayne. Sources close to Cara say she has been bombarding the 33-year-old who wed long time love Hannah Bagshawe in December, with calls and texts.

A “pal” of Cara Delevingne snitched to Star Magazine, “Cara thinks that he is a very handsome and talented man. Hannah however isn’t pleased with her husband’s new admirer and thinks that notorious party girl has no boundaries. Eddie has reassured her it’s platonic, but Cara usually gets what she wants.”

Eddie Redmayne doesn’t exactly strike us as the cheating type. Of all of the Hollywood couples, he and Hannah Bagshawe seem to be one of the most solid. If it were any other girl, we would totally agree that Eddie’s new wife has nothing to worry about. But, let’s be real – it’s Cara Delevingne. Has there ever been a man or woman that she hasn’t been able to seduce? And the fact that Eddie is turning her down – which never happens to her only means that Cara is going to try twice as hard to get him in to bed.

What do you think of Cara Delevingne’s latest conquest? Will she be able to seduce Eddie Redmayne? Do you think that he will cheat on his new wife Hannah? Feel free to share your thoughts on the matter in the comment section below!