Cara Delevingne Breaks Up With Michelle Rodriguez – Doesn’t Want To Be Tied Down? 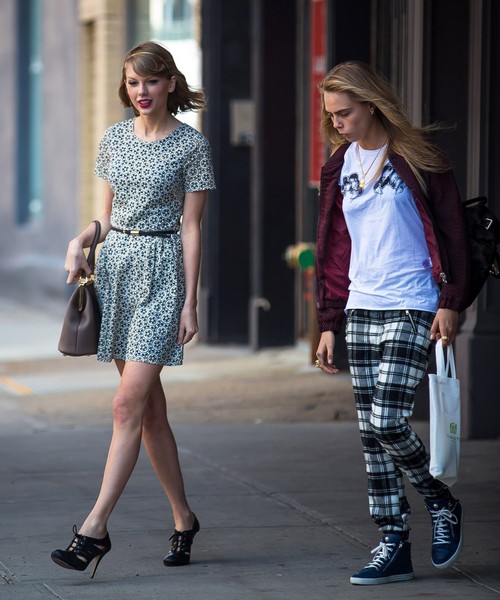 Michelle Rodriguez and Cara Delevingne have been openly dating for a few months now, but sources close to the couple don’t seem to think that the relationship will last. Both Michelle and Cara are notoriously commitment-shy, but this time around, people have been saying that Michelle’s really into their relationship. However, the same may not necessarily be true of Cara.

Cara’s obviously still very young, and although the age gap between her and Michelle doesn’t play any role now, it might end up being an issue in the future. Not because of their differences in age, but rather their views on relationships and commitment. Being in Hollywood, they’re not going to get to spend all their time together, and jealousy issues may play a part in breaking them apart.

For example, Michelle’s currently in Los Angeles whereas Cara is working abroad. Cara and her fellow model Suki Waterhouse are currently prepping for shows in Shanghai, and Cara’s already uploaded several racy and intimate pictures between her and Suki. Now, unlike other stories out there, we don’t think that Suki and Cara are going to have an affair. For one, Suki’s dating Bradley Cooper, and for another, they’re not exactly each other’s types. Women can be close friends without being anything else, and that’s likely what this is. However, with that being said, Cara’s definitely somewhat of a loose cannon, and she’s notorious for partying and hooking up with people. How long can someone so young and care-free stay in a committed relationship? Eventually, she won’t want to be tied down anymore, and when that time comes, we can only hope that Michelle doesn’t get her heart broken.