Michelle Rodriguez and Cara Delevingne Amp up the PDA: Is Rihanna Jealous of their Sexual Relationship? 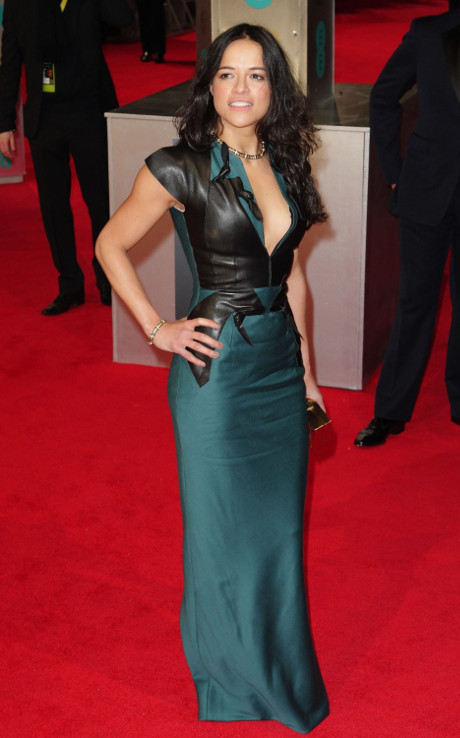 Michelle Rodriguez quite clearly has a thing for PDA. She also has a thing for model Cara Delevingne, and she wants you to know it! After the duo attended a New York Knicks game in early January, they had tongues wagging when pictures of the two cuddling, giggling, and making out started making rounds.

It seems the two have grown even closer since then with Michelle, 35, even snagging an invite to Cara’s sister’s upcoming bachelorette party. On Monday night, the new couple was spotted leaving a secret Prince concert in London, looking pretty out of it as they often do. Cara, 21, must be doing something special because she has Michelle swooning all over her, telling the Mirror of their relationship, “It’s going really well. She’s so cool. When we started hanging out I just thought she was awesome, and we have the best time together.” Apparently, the “best time” for the ladies includes lots of drinking and partying, and plenty of PDA.

In London for Fashion Week, Michelle’s young model made history taking live video on the catwalk during the Giles Deacon show, as reported by the Daily Mail. Maybe Cara wanted her new love to see her do her thing since Michelle did not come to any of the shows Cara walked.

For now, the two seem blissfully happy, but Michelle better play her cards right. She warned during the Mirror interview, “[Cara’s] hard though. You wouldn’t want to mess with her in a fight.” That might be good news for Michelle, however, as she may need some backup when Rihanna finds out Rodriguez stepped in on her territory. Up until just last month, Cara and Rihanna were inseparable, showing up everywhere together. Like Rodriguez, Rihanna too has confirmed her bisexuality, and seemed to be quite fond of Delevingne. It was rumored that the two were even planning to live together.

While we have nothing against Michelle, truly Rihanna seems like a better fit. They are closer in age and Rihanna has that whole “I’m so hard” thing going on that seems to be in line with what Michelle says about Cara. We’ll be keeping tabs on where this relationship goes so keep checking back with us! Tell us what you think by commenting below. Do Cara and Michelle make a great couple? Cara and RiRi? Tell us who you think will win the heart of this young supermodel!