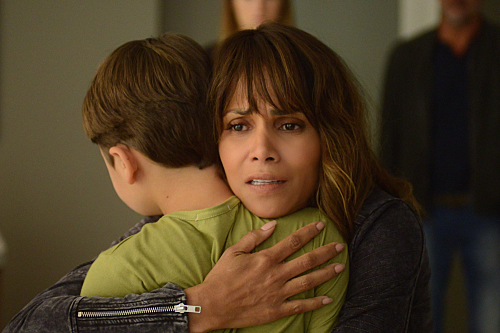 On the last episode Molly tried creating a virus to destroy alien hybrids and discovered that aliens were trying to communicate with humans through a hidden message in their DNA. Elsewhere, Lucy helped Ethan run away from Charlie to help him recover memories of Molly. Did you watch the last episode? If you missed it we have a full and detailed recap, right here for you.

On tonight’s episode per the CBS synopsis “Molly discovers Ethan is alive and sets out to get her son back. Also, suspicions about John’s death cause JD to investigate Julie’s potential involvement.”

58 women have died in the past four months and that means they are potentially 58 hybrids out there. But, while the government has been diligently searching these past few weeks, not one hybrid has been found since the incident with Molly’s son.

So the war on hybrids is currently a losing fight. And General Tobias is admittedly losing faith in his own abilities. Which his girlfriend Shayna is doing nothing about.

Shayna was still blinded by her jealousy of Molly and apparently she thought so little of herself that she was even prepared to sabotage the team’s progress if it meant keeping Molly away from Toby. But it’s not just Toby that needs Molly to come back to the lab. It’s literally the world.

Molly’s little scene from last week actually yielded the first success they’ve seen so far on creating a virus that could kill only aliens. And if she comes back then chances are she could help them towards reaching their goal. However Molly want some assurances in place before she returns to the office.

First, she wants her son Ethan back and then she would like to know that someone won’t snatch him away again if HomeSec feels like it. Or better yet when they need to find a way to get Julie to comply. Because that is why they gave Ethan to John’s mistress to begin with.

So, although there is a war going on, Molly demanded that Toby and HomeSec stop everything to evaluate her custody battle with Julie.

See this all came out because of Ethan. Ethan had his memories of his mother erased but he couldn’t forget Molly entirely. So earlier he found out where she lived and left a message for her indicated that he was still alive. And with JD’s help, Molly ended finding out about everything.

How her son was given to Julie and that John’s death is suspicious at best. Thus Molly did something she shouldn’t have – she brought in a civilian to look into her husband’s death. And honestly they both know what happens to people when they try to uncover the government’s dirtiest little secret.

Yet JD took on the task and surprisingly he was able to connect that mysterious call Julie had made to John’s eventual death.

So, during the later custody hearing with the head of HomeSec, Molly wasn’t that far off the mark when she accused Julie of having killed her husband out of spite. Julie if you remember had wanted to be a family with both Ethan and John. And John turned her down right before that phone call.

And seeing as everything did fit, Molly was granted custody of Ethan.

All she has to do is get to know him during the prearranged meetings and after her son readjusts – Molly was promised she could take him home. But there is a problem with that because Ethan doesn’t know if he wants to go home with Molly. Especially as that would mean he couldn’t stay with his sister Lucy.

Only Molly hadn’t known about Lucy. So she asked Ethan to explain the other humanic to her. And she was surprised to find out that this Lucy was a soldier.

Lucy is actually a pretty good soldier but she has a slight problem with authority. So last we saw her she 5alked Charlie out of installing compliance limiters into her programming. And this week she’s manipulated him into keeping silent.

She told him that some of her free will has made her a better soldier. And then she proved that by later killing hybrid all on her own.

So HomeSec threw a celebration in her honor. Completely believing that she was their own little killing machine. Yet she’s not who they think she is and neither is Molly.

Molly had another one of her episodes and this time she used Hybrid “powers” to nearly kill a man!