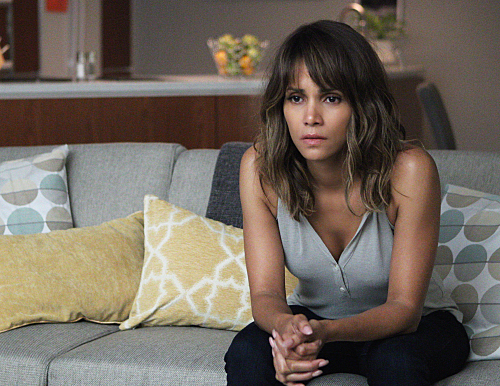 On the last episode Molly had a vision she couldn’t shake following a near-death experience. Also: Shepherd’s loyalty to the Global Space Commission was questioned. Did you watch the last episode? If you missed it we have a full and detailed recap, right here for you.

On tonight’s episode per the CBS synopsis “Molly tracks down John’s former colleague with JD and Ethan in hopes of stopping the Humanich threat. Also: Julie sends Charlie on a mission to find where Lucy’s orders are originating.”

The TAALR program sees everything and knows everything. Yet this artificial intelligence was created for the sole purpose of assisting humanity – not dominating it.

But that’s exactly what’s happening on tonight’s episode of “Extant”. Toby was killed by a drone that came out of nowhere and managed to track down his location faster than any normal computer. So why is the hybrids being blamed for the attack when everyone knows he tried to help them. And that if they knew he was on the run then they most likely would also know that he was coming to them in an effort to offer his aid.

Thus, you see, it simply doesn’t make sense for any of them to want to kill him. Especially not when they’re low on friends/allies as it is. And yet when the Secretary of the GSC asked TAALR if it was sure about the hybrids being the ones that assassinated Toby – a computer program managed to calm her fears and then insinuate that maybe they should look into upgrading her own personal security.

So the secretary was being manipulated here. And like everyone feared, she fell into the trap laid out for her. Thereby making Lucy the head of her security despite many of the warning signs.

Though her foolishness didn’t just end there. Earlier, Toby had warned her that the Humanics were no longer taking orders from the GSC and that the machines were even telling him that they were following a higher authority. But Toby thought that meant Calderon, John’s former partner, had hacked into their system.

And tonight surprise turned out to be Calderon.

Ethan, Molly, and JD eventually tracked him down and once they meant him they realized he wasn’t the one behind the Humanic takeover. If anything he was the only one that knew what was actually going on with TAALR. You know TAALR being the real operator of this new Humanics program.

However it’s not evil, Calderon was insistent when he said that. TAALR is simply looking out for humans’ own good and that’s often translated to the program being willing to kill a billion people in order to save eight billion people. So its semantics to the program really but Calderon had guessed from early on that by creating an AI for the government – they were opening themselves to an occupational danger.

And he tried to use his kill switch to shut down TAALR. But the program found out about his plans beforehand and then set Calderon up to look like a terrorist. Making the only man that can stop it also the most wanted man on earth.

But, even without the kill switch, Calderon says he still knows how to stop TAALR.

And for him to be humanity’s last hop at freedom – he had to give up his hiding position.

Although, for a while there, it didn’t look like he needed to what with Julie and Charlie already on it. The two tried to speak Madam Secretary about the problems with the Humanics and she ignored each and every one of them. To her, it didn’t matter that Lucy killed human or had once attempted to kill Julie.

The greater good was all that she thought about and TAALR used that to convince her of telling the world about the hybrids. She said that would mass manic and he told her to unleash a Humanic army to maintain the peace. And guess which side of the argument she ultimately chose to believe in.

Thus Charlie and Julie were going to kill off all the Humanics at the lab but in first trying to figure out who was giving the orders – they showed their hand way too early in the game. And Lucy was then given the order to stop them. She did this by hiding Julie’s body and daring Charlie to find her before Julie’s air supply ran out.

And as for Calderon, he got the second kill switch that he had been hiding in plain view and to retrieve it he knew he was going to be arrested within minutes. He was but at the same time he served his purpose and gave Molly all she needed to stop the Humanics and TAALR.

So all that’s left is for her to use her weapon before it’s too late.