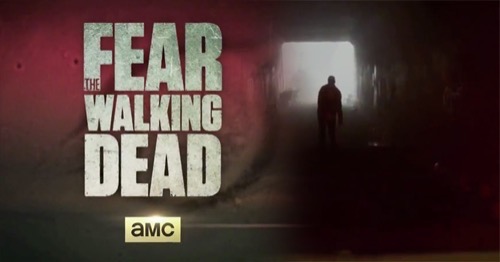 The Atmosphere Remains: Atmosphere is everything when you have zombies trying to eat you. “The Walking Dead” is a show that you almost feel when you watch it and the surroundings are part of that. The scene in Atlanta is a good example of that when everything was completely barren. Hopefully Los Angeles will be similarly eerie.

The Zombie Action Intensifies: More zombies eating more people is what we want!

Characters Mix Well: One of the best parts of TVD is the way the characters all work so seamlessly. Regardless of the varied backgrounds, the characters melded into a family. That can’t be easy to do in a zombie infested world.

The Zombie Outbreak Is Fully Explained: Everyone has wondered for a very long time about why zombies are even there. We know some, but not enough. Hopefully “Fear The Walking Dead” will explain what we don’t already know. That will only benefit both series.

Keeps the Unpredictable Nature of “The Walking Dead”: What caught me about The Walking Dead initially was the fact that I could not guess from week to week what might happen. Anyone could be eaten and anyone could die, so you really never knew what to expect. “Fear the Walking Dead” needs to do the same thing.

Come back to CDL for more “Fear The Walking Dead” spoilers, updates and news!