General Hospital Spoilers: Tracy Back Together with Paul Hornsby, Kicks Luke to the Curb 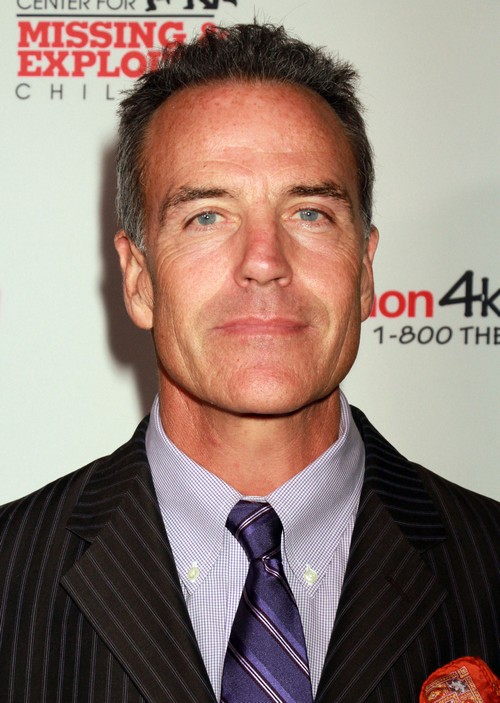 “General Hospital” spoilers reveal that there is much more to Paul Hornsby’s (Richard Burgi) visit to Port Charles than it seems. First off, Paul really truly does want to make amends with Tracy Quartermaine (Jane Elliot). Paul acknowledges that he wronged her and didn’t treat her like he should have back when they were together.

Tracy is in the perfect place to buy this line of crap. She’s fresh off a major wound from Luke Spencer (Anthony Geary) after he dumped and embarrassed her at their engagement party. Luke ran off with Laura Spencer (Genie Francis) in front of their friends and family and even though he had a good explanation, there are no take-backs on public humiliation of that magnitude.

Paul’s timing could not have been more perfect really. Tracy was running out of Port Charles to lick her wounds when she ran into her ex. Whether Paul intended to find Tracy first when he got to town or his estranged son Dillon Quartermaine (Robert Palmer Watkins) is a question mark, but we already know that Paul is opportunistic. No matter who he wanted to see first, there is more afoot than a family reunion.

“General Hospital” rumors are swirling that Paul has another kid in town. We know there’s a Paul Hornsby Jr floating around out there – and a daughter named Susan Hornsby with someone else that Cesar Faison (Anders Hove) poisoned to keep Paul in line. Paul’s other children are supposedly the real reason that Paul is back in Port Charles, not reconnecting with his ex, although it’s a nice side benefit.

There are persistent rumors that Paul Hornsby Jr will show up in Port Charles soon very upset at his dad for never bothering to mention that he had a brother and eager to meet Dillon. Also, Dillon will be upset that he and his brother have been kept apart. Plus they have a sister and this is where it gets interesting. Remember, Rosalie Martinez (Linda Elena Tovar) has a secret?

She’s also got a history with the Cassadines as does Cesar. The rumor is that Rosalie may actually be Susan and she’s back in Port Charles plotting. Her mother is unknown in the Port Charles family tree lore, so all we know is that Paul is her father and she’s about the same age as Rosalie. Could this be the big secret that Helena Cassadine (Constance Towers) has been holding over her head?

Could Paul be in town looking for his daughter who went missing from his life at some point? And will it end up being a big reunion of all of Paul’s kids from all his various baby mamas? Jenny Eckert (last played by Cheryl Richardson) is rumored to be returning as well. And will we meet Susan Hornsby’s mother?

If Rosalie is Susan, her mother must be Latina. It would be nice to have more diversity in Port Charles… So there are definitely some questions about Paul’s return and what all he hopes to accomplish in Port Charles. This will be interesting to watch and Paul will definitely play into why Luke is heading out of town for good without Tracy on his arm!

Be sure to tune in daily to GH to see what Paul Hornsby is up to then head back to CDL for more “General Hospital” spoilers, gossip and news.